The blessing that is our duty

(an unrelated picture of my son's favorite past time) 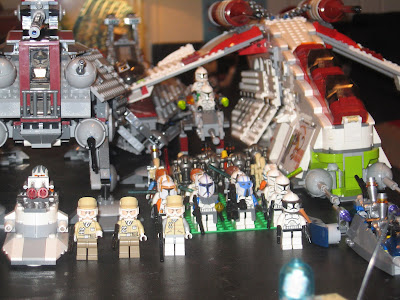 Why do I give a crap? I mean, it kind of makes me feel nerdy sometimes-that I do give a crap. I can't help it. It's the way I was raised. I had a grandfather who would follow politics like it was his second religion. But he wasn't nutty, he was hopeful. Hopeful that his lone voice might spark a change. That when combined with a few other voices, like the forefathers long before him, a great wave of momentum might ensue and democratic progress would be the outcome.


I used to watch him writing letters to the editor of the newspaper. He would go through draft after draft before he felt satisfied with the one that he sent in. He would mail it off and then wait to see if it was published. Every day he'd check that paper's comments section and often time there would be his letter. Often time they'd edit him and he would fume. He thought that they'd cut out the most important part, or edited it in a way that made him feel like it had lost it's integrity. Either way, he'd immediately sit down to draft a letter to the editor in response to the first letter, to right the wrong. And again, these comments would appear in print.

Often times his comments would spark a debate from other readers, who would then give their side to the argument. He ate this up. Any chance to make his case was exactly what he wanted. He would lay out his argument in a thoughtful and well articulated way. Even if you didn't agree with him, you would be impressed by his mastery of topic and his civility of tongue. He never said a mean or hurtful word and always spoke the truth. People who got in heated debates of back-and-forth with him through the comments section of the newspaper, often times ended up developing a friendship with him because of his great knowledge and respect for others.

He would get solicitations for donations to every non-profit organization within a ten thousand mile radius because he was generous to the causes he believed in. Often times we could hear the news in the background with his conversation over the top. As the anchorman would report, my grandfather would let him know if he was telling the story correctly, and what he thought of it. When it came time to vote, he would get those voter pamphlets in the mail, and comb through them with a microscope, in order to understand every candidates position on issues that he felt strongly about. If he was unsure, I would hear him dialing the office of the candidates and having detailed discussions with the staff so that the questions he had could be cleared up. I got the feeling that those staff members were probably wishing that they had not been the one to answer the phone call from my grandpa, but at the same time were incredibly impressed with his knowledge of the topics.

Even though his views followed party lines on many issues, he investigated the proposed bills in order to decide for himself. He never just voted with the party. He felt that the democratic issues were far to complex for that. I thus learned from an early age, a few things that made an impression on me. The first was the power of the written word, and the fact that the government works for us. The second was the idea that the media can not always be trusted and to always verify their sources and do your own fact checking. And the third, that a good cause is always better than no cause at all.


Then there was my father. My dad was a hippy. Where my grandfather saw the ballot as the answer to all ills, my father often felt disillusioned by it. His generation saw turmoil and experienced intense conflict over roles that they had never before questioned. He saw social movements as a form of democracy, where change could be rooted and flourish. He joined groups that were formed for the protection of underrepresented peoples and groups. He was committed to our nation being one that cares for all people.

Through his eyes, I saw the flaws in the system that my grandfather so cherished. Although my grandfather saw them too, he always had faith that the system could fix itself. If the problems were made known, the goodness of the civil servants would prevail upon them to right the wrongs. My father was more pragmatic. He knew that it was human to desire power and that absolute power corrupts absolutely.

Through both of their eyes, my views of the world, my country, and politics was shaped. I would vacillate from one side to the other, incredibly hopeful to mournfully apathetic. And eventually I settled somewhere in the middle. For as much as they differed, in regards to their views on issues, they were more alike than they were different, because their mutual respect for any individuals views always came first. They never made an enemy in speaking about politics, but they never hid their passion for the issues that were in their hearts.

I grew up with the notion that one is obliged to be a concerned and involved citizen. That somewhere from the womb to the delivery table, I had signed on to be informed and involved as trade off for the gift that was life in this country. That as unpopular and boring as it may appear at first, I would research and read, follow and weigh in on issues that affected the well being of the people. So please excuse me. Excuse me as I talk to the TV screen while I watch the politics being reported. Excuse me as I tear out article after article from the newspapers, to reply to on the online forums. Excuse me as I tell my friends the things that I feel are important. This is the only way I know. And I must tell you, it helps me to sleep at night, being aware and involved.

It's not glamorous for heaven's sake...and it takes some of my precious time...but whether it's a rally or a petition, a forum or an election- I feel like it's the least I can do for the blessings that I partake of daily. One minute without them would be a quick reminder as to the importance of being involved.

That said, here are two issues that I feel passionate about and urge you to get involved with! It takes five minutes of your time and is truly monumentally important. Let me know if you have questions about them.

Sign the online petitions and pat yourself on the back for stepping up and being a good citizen in this day and age where democracy is so easily accessible. No stamps, no car trip, no paperwork, no ID's required. Just democracy at the click of a mouse. Talk about a modern day blessing.