The week before he said that he could hold out. We could wait till summer, when there was no snow, and do a party outside..maybe down at my parents big place. But then he changed his mind. Why shouldn't he? Afterall..what if I didn't make good on my promise? What if his birthday came and went and then I just forgot about promising to give him a party?..it could happen..crazier things have. So he was not about to take that risk. And so I had about 48 hours to pull a party together for 15 nine year olds. No biggie. Oy. 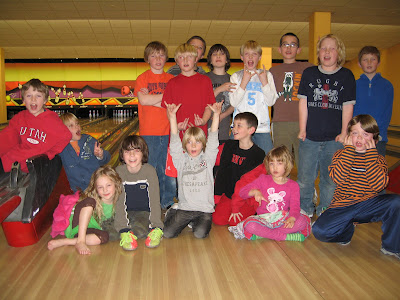 So, thank goodness for the University of Utah's Union Center that is five minutes from my house. We had the party right after school, so the kids had the place to themselves. They had MTV playing on big screens while the kids bowled, so they felt very rebelious as they jammed along to Lady Gaga while they waited for their turn. Every time someone got a strike or a spare they had to do a crazy dance...that was half the fun. We had pizza, and drinks, and then double scoop ice cream cones for desert. 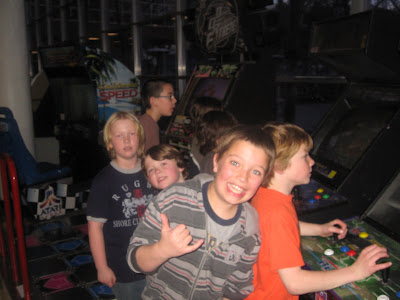 They played arcades when the bowling was over, and then Dalton opened his gifts. 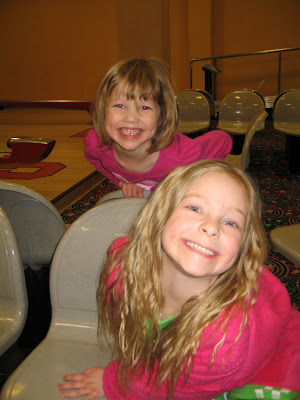 Shelby had her friend Lily there, so she had someone to run around with. 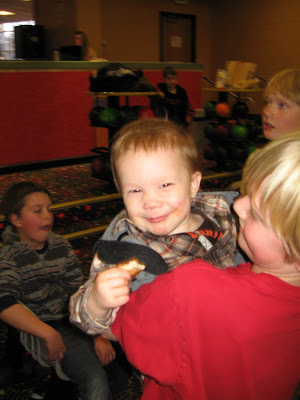 Possibly the easiest and cheapest birthday party we have ever thrown for one of the kids. And Dalton LOVED it. I told the parents that they could just send their kids with a couple bucks to throw in a pot, for a group gift. Dalton got to comb the internet after his party, in search of rare and vauluable Star Wars LEGO's to buy with his wad of cash. Note to self: do this type of party more often. Gift bags: Nope, Fancy invites: No way. An email to the parents two days before. A homemade cake: Nada. Double scoops were way better. Clean up: Not one bit. I could get used to this kind of party! 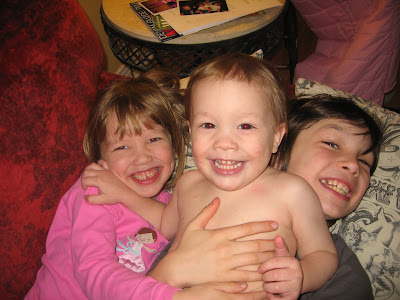 happy birthday big D. we love you! can't wait to see the very bright skinny jeans! electric guitar? your parents are cooler by the second.