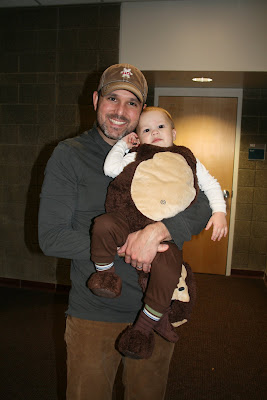 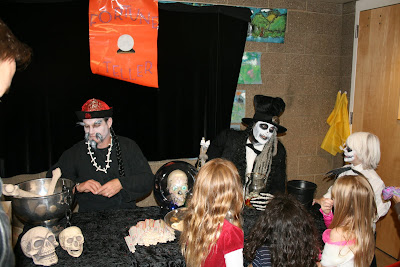 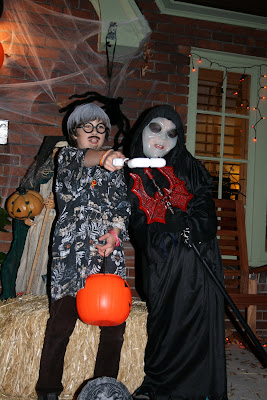 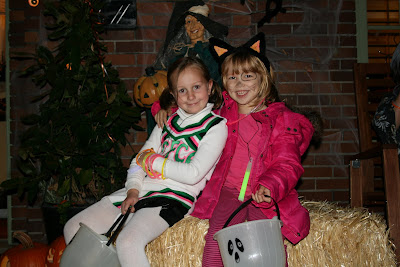 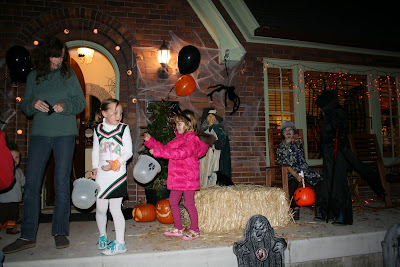 Halloween this year was perfect. And I rarely use that word. Can it always be on a Saturday...please? Who is the God of the Calendar that invents new and useless holidays like St. Patrick's Day, and moves existing ones? He should know that everything just runs more smoothly when Halloween is on a Saturday. No school to get up for the next day. No moving it to another day when it falls on Sunday (in Utah). No midweek sugar highs. Saturday is the perfect day. Why is it that Thanksgiving always gets a Thursday, and Easter always gets a Sunday? Halloween should always get a Saturday. OK, there- I am off my soapbox.

So, Friday we had the perfect Halloween Party in Dalton's school class, put on by yours truly. I only had the weight of the world on my shoulders with this thing, because it had to be the coolest party they have EVER had. Dalton did not want the shame of being associated with a parent who would throw a lame Halloween party.

We did a mummy wrapping race with toilet paper rolls (sorry Mr. Janitor that had to clean that one up). We did relay races with those small pumpkins. We did the M&M race where you have to suck an M&M on a straw to make it stay on, and race to be the first to drop it in a cup. We did a memory game where I put a fake crow, a goblet, an apple and some other stuff on a tray, uncovered it for five seconds and the kids who remembered everything that was on the tray got a treat. And we decorated Halloween cookies. It was great. Nothing like seeing your eight year old look at you like you're not a troll but instead almost cool. Oh, the rush...this is a drug I could get hooked on.

That night was the school Halloween Carnival. It was a smashing success, and I can not remember one bit of it because I was so exhausted after helping to put it on. But I do know that we got a lot of good feedback (except from the Mom with 101 kids, who was mad that we raised the ticket prices from $.25 to $.50...but, ya know you can't make everyone happy).

I got to GO OUT WITH SOME GIRLFRIENDS AFTER. Did I put that in caps? Maybe because it is SOOO exciting to go out with girlfriends sans kids that I just have to enunciate my joy when this situation arises. Fun, fun, fun.

Halloween day: Dalton is having second thoughts about his costume. He had gone as Pedro from Napoleon Dynamite, to school. But he didn't want to be that anymore.

me: Why not?
him: Because people didn't know what I was. The girls thought I was a hobo. The boys thought I was an ugly guy.
me: Well Pedro is supposed to be pretty ugly.
him: And my mustache kept falling off...I want to be a hobo.
me: Well, I don't really like the idea of going as a hobo. Do you know what a hobo is?
him: No.
me: It's a homeless person. How would you feel if you were homeless and someone was making fun of how poor and dirty you were?...isn't there anything else you could be?

We finally agreed on an old man. And so, he fashioned his marshmallow blowgun in to a cane, got on one of my dad's old Hawaiian shirts, spray painted the Pedro wig grey, and put on his Harry Potter (old man) glasses. It was not the most impressive...but hey, at one hour till go time...we were just happy to get him out the door feeling good.

We went to a friend's Halloween Party and had her A-mazing chili with her secret ingredient pumpkin that immediately turned Gavin OFF...have I mentioned his disdain for all things pumpkin? It's a birth defect I think, because I could just about get-it-on with a pumpkin, I love them so much. I have almost eaten my weight in pumpkin chocolate chip cookies, and the official pumpkin-eating season isn't even half way over. I love it! Where was I?...so when it's over, we go home to get in our costumes.

My Mother (who saved my bootay by helping me with the kids all weekend at the carnival and at my house) had picked up a costume for me. I said to get a Cleopatra costume, just because I'd seen it in the package at the Halloween store above Dan's and it didn't look like it would require too much effort.

But I guess they were out of the Cleopatra costume I had seen. So instead she brought me home the Cleopatra/vixen of the night costume from the Adult section. I am kind of kidding...But not really. It was a semi-transparent black tube top halter dress with a slit up to my waist. Not really a kid-friendly look. So, I had to jimmy rig it. Put a black tank top and black bike shorts underneath. And put band aids over my nipples so I didn't give the ten gun salute to five year olds when I opened the door and let in the cold night air. I had on gold arm bands, and jewelry. A gold sash, and black sandals. With my charcoal covered cat eyes, and my gold headdress that felt more like a kippah, Shelby could not stop staring. She thought I was beautiful...she wanted to "trade me costumes". Next year, I told her.

Then the kids went trick-or-treating with Gavin and some friends of ours while I stayed home and passed out candy to the neighbors with my monkey (Garrett). We had Thriller cranked up outside, so I loved that when I opened the door people were totally jamming on our front porch.

Afterwards, a bunch of people who I think are really fun and amazing and laid back, all came over to our house to watch the game (WHAT game??...I have no idea. But some game that all the guys liked), and the girls sat around the table eating my Italian meatball, potato and kale soup (thank you Aunt Lori for that recipe) and having drinks. It was such a great way to end the evening. The kids counted their candy downstairs, ran around on a sugar high, and watched Napoleon Dynamite. Lovely...and the next day, we all slept in.

oh my gosh! garret is getting so big!
by the way i love reading your blog. its fantastic!