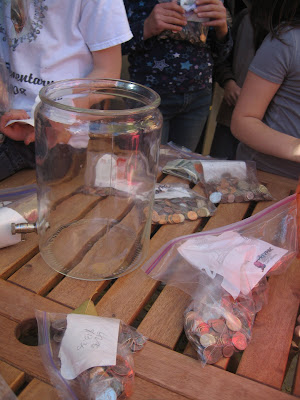 My friend Fawad asked if the definition of a "Pig Party" was to entertain people with H1N1 shots. Not quite. This was the second year that we have thrown a "Pig Party" and I think it's official- it's a tradition (cue Tevye from Fiddler On The Roof). So, here's how easy it is, in case you want to copy it (and I hope you do). First- We told all the neighborhood kids to walk home from school with Dalton and bring their spare change, on a Friday afternoon. Next, Gavin picked up five Little Ceazers pizzas. I cut up a few apples. Then a few mommy's sat down and counted the mountains of change while the kids ran around and played. 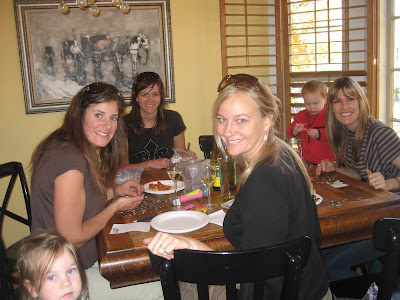 Next, we gave the kids back their change bags and gathered for the "dump". Before the dump, we talked about Heifer, and how this change was going to buy an animal for someone in another part of the world. We asked why these people were poor...had they done something bad to deserve to be poor?...and why should we help them? 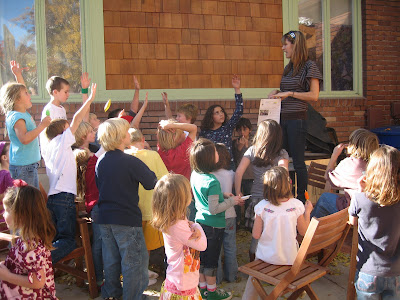 With the money that is donated, Heifer gives animals to families in extreme poverty all over the world. These people will go through training on how to raise the animals before they get them, and then agree to give some of the offspring back to help their neighbors, who will then continue the cycle. It brings to life the old Chinese proverb about teaching a man to fish.

After talking about where the money goes, they take turns emptying their change into a big container, while people give them a hearty round of applause. The ones with the massive dumps, got a "we're not worthy" too (pretty sure the kids had no idea who Wayne and Garth were, or why we're not worthy of them..but oh well). 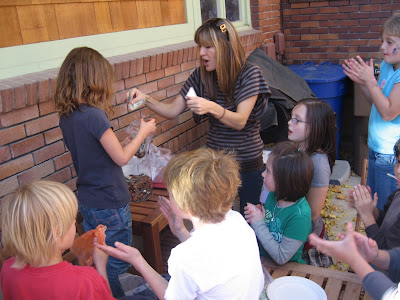 The biggest dumps got the Grand Prize, which was a giant bag of gum balls. 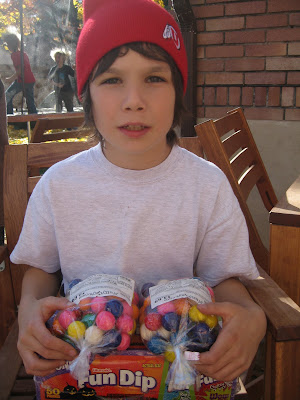 And the winner of the biggest dump was Ben, bringing around $45.00 in change! 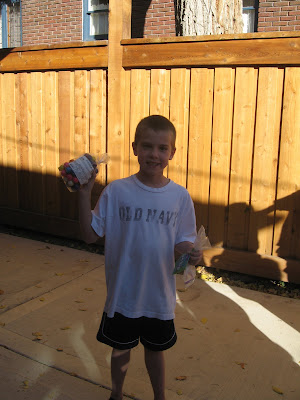 Will came in at a close second, bringing $37.00. Cute Grace wanted to share with us, before she did her dump about how her money was not just from her, but from her cousins and grandparents (hello, future leader). Dalton saw that he was being trumped with his $17.00 and ran downstairs to pull another $5.00 from his piggy bank and throw it in the pot. Of course, as soon as he realized it would still not bring him anywhere close to first place, he asked for it back. We tallied it all up and the grand total was....(drum roll please!)...

I know...can you believe it. So, then we had enough for TWO pigs, and the question was, do we get two pigs, or go for a water buffalo, which can do a farmer's work of plowing a field for his crops in a fraction of the time? We took a vote, and the kids bought A WATER BUFFALO!
Oh, the cheers! 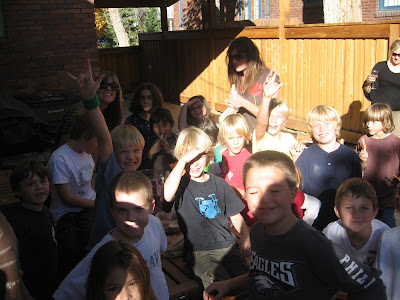 Everyone who donated got a fun dip, and then it was done. So, no H1N1 shots, but instead some play, pizza, and someone in Laos getting a life-changing gift while some kids in Utah get to see life outside of their world for a moment. See here about how COOL a water buffalo is.

My sister Kristen was a lifesaver, helping with the kids all day...making sure Garrett had not wandered away...doling out Popsicles, and helping to count the mountains of moolah. Who doesn't want a cool Aunt around to show off in front of all their friends? 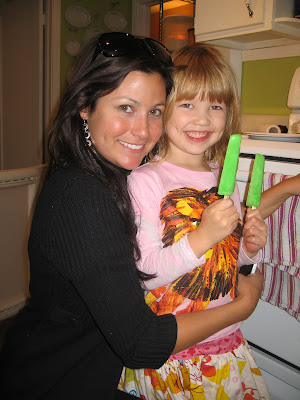 The gift we bought: 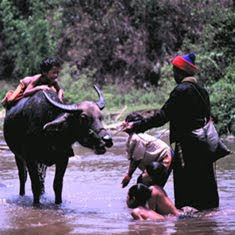 Oh, and just in case you are wondering, we LOOOVE saying the word "dump" around here, and think it is so fun to watch the kids bust a gut every time we tell one of them it's their turn to take a dump and yell "that's a big dump!"

Ashley, this is awesome!! What a great idea and a good lesson to teach all these kids. I know they will all remember it.

Amazing- I think I may haveto have a pig party after the holidays!

What a great idea for the kidos. Mac is already a hoarder of pennies so we'll have to try this out in a few years. And speaking of gifting animals, shelby is welcome to come ride the mini horses at the the Hatch farm any time you guys are up north.

Ashley, that is so rad!! What a fantastic idea!

Ashley - what an incredible idea. It makes me a tad jealous that I hadn't thought of it first (I kid...kind of)! These are the kind of experiences that all privileged children should be required to have. Nice job opening their eyes and minds!