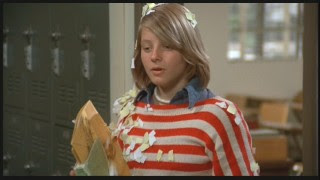 "I'm an old soul." That has been my mantra for a long time. The truth is less poetic. Ever since I was in grade school, I gravitated up. It was often the older siblings of my peers with whom I felt I related to. The "kids" my age just seemed so "childish". It was kind of like the Mom who is trapped in her daughter's body, in the original "Freaky Friday". While I accompanied my friends toilet papering, I secretly agonized about the vandalism I was doing to someone else's property. When my friends were cruising on the freeway and doing donuts on the grass of the park, I was buckling up and making sure all my passengers were buckled too. While my friends were shoplifting at the Mall, I was managing the books for my mom's retail store. While my friends were getting hammered at parties, I was learning how to make protein shakes from my dad...I was an old geek in a young body. I spent most of my teenage years pretending to be a twenty-something-year-old. And the last of my teenage years marrying one.

I spent my early twenties in Boston, hanging out with moms who were MY mother's age. Again, many of my friends were at least a decade older than me and I felt completely comfortable with that. If I didn't pretend to be in my thirties, I certainly hoped that I appeared to be that age. Back when I was a teenager...maybe nineteen...my mother was waiting to be picked up for a date. This was certainly nothing new. In fact it would be out of the ordinary for her not to have had a date. I was at her home, and her date was about to arrive. She asked me to leave and her words went something like "I don't want him to see that I have a daughter as old as you are, because it makes me look old". My translation: "I am ashamed of you." So I left. And luckily she snagged him...I am sure in large part because he didn't see her gawky, Quazi-Mottoish, gimpy teenage daughter. It is interesting that we share that in common- each of us being ashamed of the other.

I was my father's daughter...tall, broad shouldered, half-moon eyes, long limbs, and growing like a weed. My mother was petite, with big eyes, beautiful bone structure, and delicate hands. I was the walking, breathing antithesis of her...and I felt it...every day. And it wasn't just physical. She was concerned about how people viewed her...I was completely clueless. She was kind and soft spoken, I was an uncouth loudmouth. So not only could I not relate to her...I could not relate to my peers. I was uninterested in the things that normal teenagers liked. Even in High School, I could sense the frivolity of the whole experience. I just knew that there was more to life, much more. The dances, and the football games were fun. The friendships and the crushes were exciting. But they were fleeting...I could feel it. It gave me comfort when times were low...the knowledge that none of it really mattered. It didn't matter who was Homecoming Queen, or who dated and broke up with who...It was all temporary...like the Vegas hotels- the pinnacle of glamour and success one minute, and a pile of debris the following year when a better version replaces last year's best. So there I was, unlike my Mother in every way possible.

And she, like the picture of Dorian Grey...never aged. So ten years after that incident at her home, there I was in Boston, feeling at ease around people ten years older than me, trying my best to be one of them, and she'd come around and blow my whole act. "That can NOT be your mother!" they would say. And it was unbelievable. Because how can some one who looks 35 be the mother to someone who acts 35?? So I was ashamed of her, in part because she blew my cover and in part because I couldn't be beautiful around her. I mean I could...I know that beauty comes in many forms...but really I would always be the Winona to her Naomi. I was beautiful until she showed up, and then I was just alright. So just as she wanted to hide me when I was a teenager, I desperately wanted to hide from her as a young adult. And I did. I lived across the continent from her. It was somewhere along the way, maybe when friends would finally find out my real age, that I would apologetically say, "I'm an old soul". It seemed to console me, and give some explanation to others...with me assuming that they needed that or deserved it. I would always follow it up with "And Gavin is seven years older than me!"...like that earns me "life-miles", or proves that I really am mature- the fact that I am married to someone older than me.

Silly me. Do you ever picture yourself as your older self? Sometimes I do. When I am feeling really down, or anxious, I picture my wise fifty-year-old-self (that age just seems like it is dripping with self-assured wisdom) complete with my Eileen Fisher tunic and wide leg pants, grey hair, and wrinkled hands...and I picture my wise fifty year old arms wrapping around my young, insecure, naive thirty year old self. It is comforting. You know what else was comforting?...turning 30. It happened last year, and I loved it. It felt so good to finally be in the decade I'd been masquerading in for the last ten years. Most people give up their twenties kicking and screaming, and there I was scraping the decade of the twenties off the souls of my feet as I entered the doorway of my thirties. Anyways...so I now feel like I am comfortable in my own skin...that age in years doesn't really mean that much to most people...and that eventually we are all equals...and then I regress.

I am out with girlfriends last week and music is playing at the restaurant, and my friends are singing along to the music. It was Led Zeppelin...and I was busted. "How old are you?" my good friend Jen asked. "Thirty one...next month." I sheepishly replied. All the women stopped and stared at me. And then they did the thing that I hate most...the OMG-I-am-so-old-compared-to-you,you-are-just-a-baby-compared-to-me-routine. Even though Jen is only thirty three. So, yes you old crotchety spinster...when you were two I was just being born. When I was eight you were a great big ten year old! Wow, you are older than time. Most of the other moms were in their late thirties, and I got to do my usual where I go around the table and tell them all that they don't look a day older than me, and no one would ever know....ugh. And then I come to the conclusion...that not only does it not matter (aside from the great song lyrics that I don't have memorized) but that I have cheated myself.

I lost my teenage years to my twenties. I sacrificed my twenties for the so-called "maturity and wisdom" of my thirties. And here I am, just about to complete the second year of my thirties, about to wish myself in to my forties?!...I think not! When am I going to be comfortable in my own shoes? When am I going to stop making excuses and be satisfied, hell- content with myself? Because chances are that as soon as I am OK with me, other people are going to be too. We tell people how to view and accept us based on how we view and accept ourselves. Why should I be ashamed about my age? It is something that I had no control over, and who says that there is a certain way to act that is "age appropriate"? Tell that to the ten year old workers in the sweatshops who have the responsibilities of a forty year old, or tell it to the middle-aged men who are buying Ferrari's and hair plugs trying to land twenty year old women. Tell it to the seventy-year olds who are still running and biking and refusing to "act old" just because of some number. It's just a number.

And as for the mother-daughter angst, it's still there. If I want to get right under my mom's skin, I will call her by her first name in public, instead of "Mom", and the worst thing that people can say to her is that I look like my Dad. She now desperately wants to claim me as her's. It's sad. And I still resist...wanting to find myself apart from her. 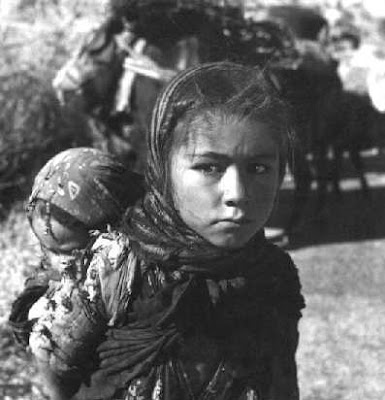 I love your honesty in this post. I love that you have always been honest.

Morgan, that means so much. You are such a good friend. I love you too.