No pain no gain? 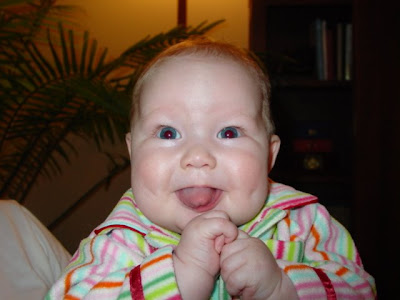 I am up to my eyeballs in Tupperware bins. It may be just the thing that puts me over the edge...driven mad by Tupperware. After 4.5 years of storing every article of clothing that has graced Shelby's beautiful little body, in the hopes that it would someday cover:

A) my second daughter or

B) my sister's daughter

I am officially throwing in the towel. I have come to the conclusion that the amount of patience that I was blessed with will only allow me to adequately parent three children. It is for the safety of aforementioned three children, and children's father that it remain this way. So, as much as I would love (did I say LUHUVE!) to be pregnant a fourth time, give birth a fourth time, nurse a fourth time, almost become mentally insane a fourth time and all for the sake of procreating so that overpriced clothing items that were purchased during moments of previously mentioned insanity can be worn again by another human being to make me feel that the purchases were "worth it", I'm not going to do it. Besides, Shelby's clothes got substantially less cute at age four. That's when:

So I gave in, and she turned in to a mostly-mismatched-rarely-well-dressed-usually-happy, and quite-proud-little-girl. And as for my sister...some day she'll have 'em and my mom will make sure they are quite well dressed, I am sure. Really...death, taxes, and my mother's ability to shop for her grandchildren- three things you can count on. So, here I am, like the Queen rodent of all pack rats, shlepping these stupid bins across the country on moves, building shelving units in my garage to house them all, and all for nothing...but wait..

Why not? Isn't that what makes summer official?! Dragging all your trash on to your lawn and waiting in your plastic chair whilst families spill out of minivans, and guys pull up in trucks as tall as your home, to rifle through your garbage and try to get you to drop the price on that used Pez dispenser by a nickel?! What could be better than that? What could be better than strangers asking you how to use your old breast pump, or trying to keep an eye on your kids while they run through the isles of junk? What could be better than your neighbors giving you the evil-eye as they come out to get their morning paper, letting you know that they are super appreciative of the 7:00 a.m. wake-up call that they got, thanks to the three-ring-circus that converged on your lawn at that unholy hour. What could be better than wading through a sea of mismatched socks, and broken toys, all to make a few bucks??

I say, sounds fun doesn't it! My current state of self-induced-Tupperware-hell stems from my obsessive desire for landscaping. I am just sure that all of those Oililly clothes of Shelby's that were worn all of about twice, will fetch us just enough to pay for a new stone patio and some beautiful perennials...and may-be EVEN the rest of the mortgage!! And as I see dollar signs flashing before my eyes, i am roused from dream land by Gavin, who asks me why I don't just spare us both the grief, and get the stuff out of here, and over to Big Brothers Big Sisters....answer: Because I WANT THOSE BLASTED ROCKS!

And so, along with the bitter of being up to my eyeballs in bins, I also have the sweet of touching each piece of clothing that Shelby wore. That has been a gift. I have been teary as I unroll the little socks that have "Tanglewood" embroidered on the cuffs, remembering our weekend jaunt to the Berkshires, with our little gal in tow, listening to Chris Botti and the Orchestra play, under the twinkling summer stars whilst we sat on the hilly lawn and took turns chasing our new toddling toddler. The warm August night was cooling off, so we bought the overpriced touristy socks, to keep her little toes warm as she explored the countryside while the melody played beautifully in the background. I can remember the food, the little B&B's, the Dr. Suez museum, the picturesque estates, the fiery foliage that enveloped us. Oh, those socks.

There were a hundred little frilly dresses. Each one more colorful and ornate than the next. How I remember her fat, milky white, cherubic little arms just popping out of all of those. Lots of little pairs of fancy shoes...SHOES! Who does that? Puts a child under the age of two in shoes?! Me I guess...each one more stiff, uncomfortable and gorgeous than the next. I seem to remember those only ever stayed on for about two minutes. There was the outfit she was blessed in, the striped pj's she was wearing on her birth announcements, blankets she was wrapped in, and on and on and on.... 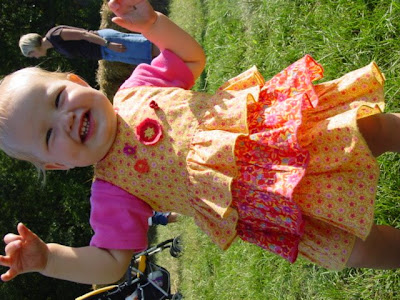 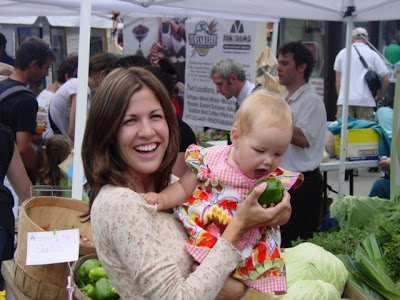 So, I got teary as I sorted through it all. 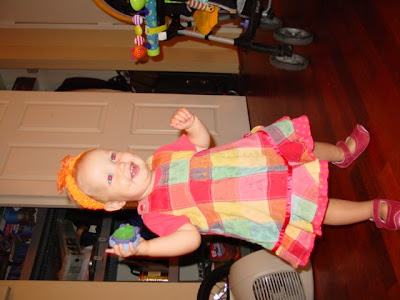 Was I making a mistake? Should I save it all for Shelby's girls?? 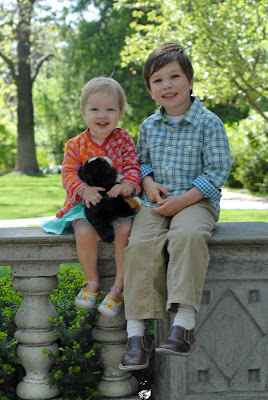 Or maybe hang them all on her walls for decoration? And then I thought about my sadness at parting with it all. And I realized that that was not the source of the sadness at all. The source was in that visual realization that my one-and-only-little-darling-dimple-faced-blue-eyed-sharp-as-a-tack-girl was growing...she was getting big. And that was sad to me. It still is. But you know what's more sad? The idea of her not growing, and changing, and exploring, and developing in to this knock-your-socks-off-heart-of-gold-apple-of-my-eye-big-girl. THAT would be really sad. So, girlfriend...you're off! It's mud pies, and "Reading Rainbow", and dreaming of having a baby husky, and chasing your brother with your friends so you can smooch him, and setting up scrabble tiles so they spell words like the one you did tonight: n t l a (translation- Nutella)...yes, you are big. And though I say it with a little quiver in my voice, I am happy that you are growing up and your not a little baby anymore. 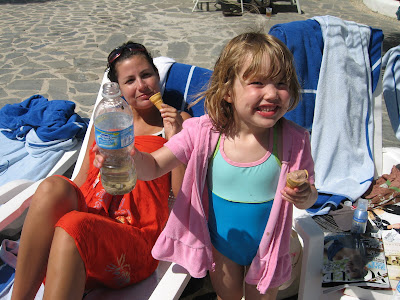 All I know is I want to come to that yard sale!!! I totally relate to the clothes thing. I finally did the purge and cleared out all my little boy clothes. I decided that pictures will be my sentimental value. I love how you share your deep thoughts!!!