Dalton and Shelby eat their sugar cereal, that the Easter Bunny brought them, while they admire their loot. Shelby got a bunch of sea creature tradeable erasers that are all the rage here in Salt Lake (think: Garbage Pail Cards, when we were young). 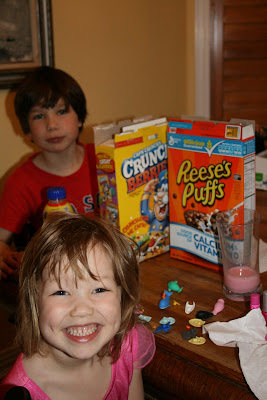 And she got this! Pure, solid, chocolate love...as we like to call it in our family. Almost too cute to eat... 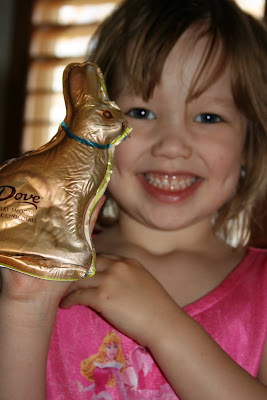 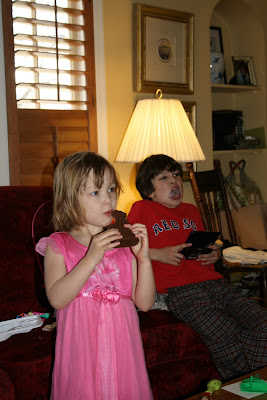 While Dalton shows off his newly perfected talent of blowing bubbles....while simultaneously playing his DS... Makes a mother so proud! 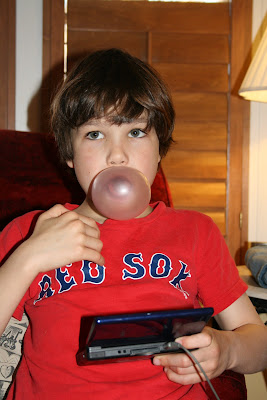 Then, at noon, we went to our friend's Annual Easter Brunch and Egg Hunt. And this is what the kids were greeted with... 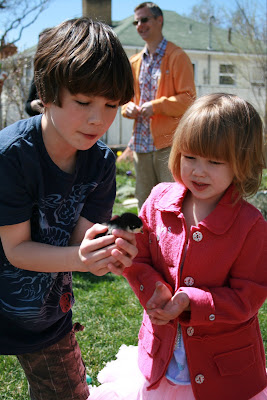 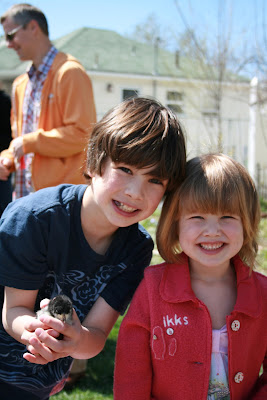 It was a little like George in "Of Mice and Men" at the beginning. I was afraid she was going to squeeze it's little head off. But she was as gentle as could be...guarding them like a Mama Bear, from the toddlers who were set on maiming them. 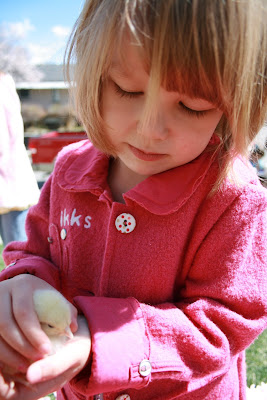 Love this sky...and these boys. 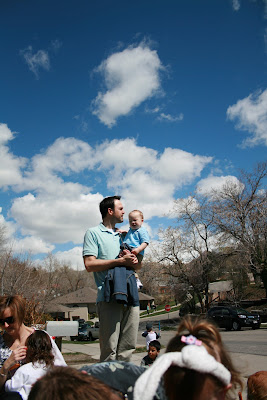 Me and the kids. 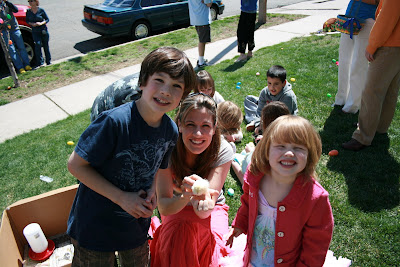 Oh, the big boys tried to act cool, but the chicks had melted their hearts and they were smitten as well. 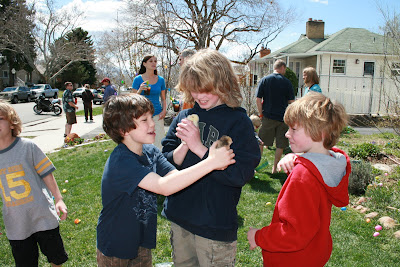 And then cute Jen, the hostess-with-the-mostess, gathered the kids together for the super-duper-egg-hunt! 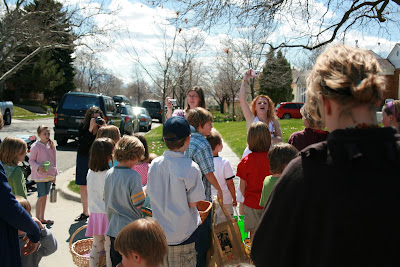 And they were off! Across yards, front and back, in bushes...eggs, eggs EVERYWHERE! 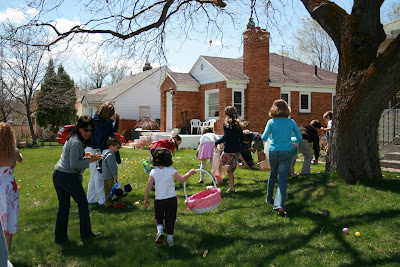 And Shelby RAN...to pick ALL the dandelions. 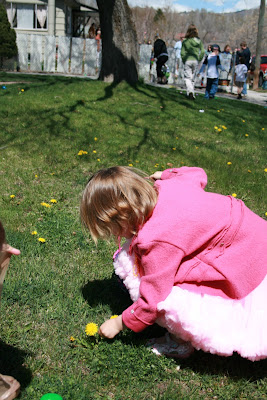 Dalton came by and dumped his first round of eggs in her basket, so he could go out for a second round. That made her happy too. 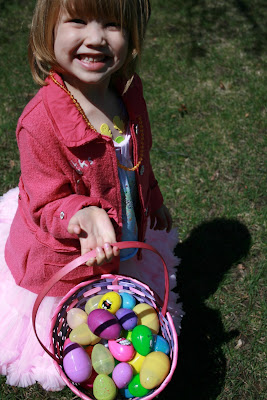 And just when you think that it doesn't get any cuter than fluffy little chicks...in walks this little guy; "Moose". 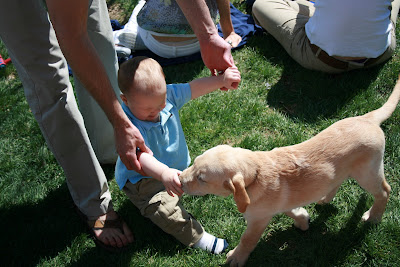 Garrett was feeling the love. 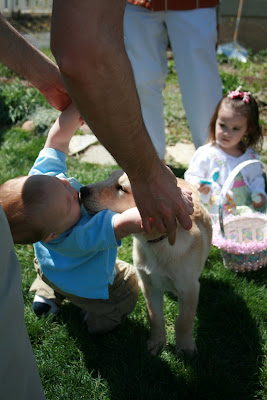 And there you have it. 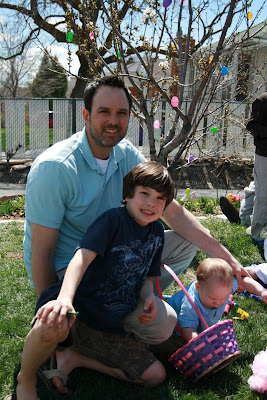 What I didn't get pictures of, were the wonderful friends that we got to visit with, the ENORMOUS spread that Jen put on, that looked like something out of a Gourmet Food magazine, the warmth of the sunny spring day, the mimosas that were perfectly bubbly, and the laughter that rang out the entire afternoon. Jen and Brett definitely know how to throw a party!
We ended the day with Grandparents, Aunt Krissy and Uncle David stopping by our house, playing outside with the neighborhood kids, eating more gobs of Easter candy, and packing (UGH) for tomorrow's trip to Cabo San Lucas, Mexico (hooray)!

Jeff's parents did the same thing with sugar cereal "holidays only" I like that idea i might have to do that with my kids!!