I am not sure why I took this picture.  But this is my sweet heart.  He is good, good, good.  Maybe we were running errands this day.  Usually he doesn't have to go on errands.  Usually he can stay and hang out at home because Dad is there.  But maybe Dad was traveling.  I bet he is watching a Transformer movie on the DVD player in front of him.  That makes errands a little more fun. 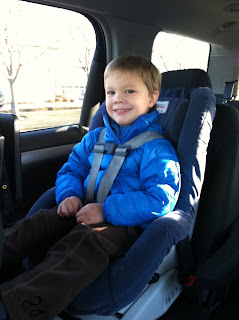 Ah ha... this was a Wednesday.  I know that because we are in the basement of the Jolley's building, where Shelby and her best friend take dance lessons in their dance studio.  Garrett was waiting for the girls to get out of their lesson.  We'd probably been to Harmon's across the street while we were waiting.  We probably got a kid size gelato. 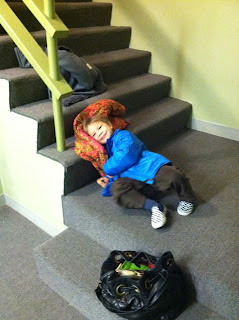 This may have been that morning.  This is one of Garrett's best friends.  His name is Owen.  Owen's big brother is friends with Dalton.  And Owen's big sister is friends with Shelby.  Owen's parents are friends with Gavin and I.  It's pretty cool how we all match up like that.  Owen is OBSESSED with animals...which we totally get, because Shelby is the exact same way.  In fact, this weekend Shelby and I are doing the "Big Cat Encounter" up at Hogle Zoo during the day.  Fun! 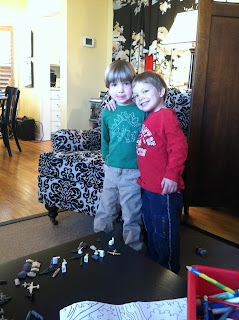 Garrett is kind of a ham. 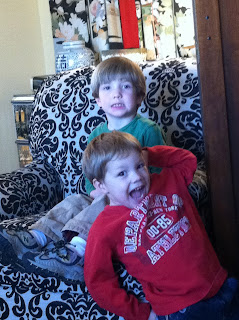 This was a different day.  One of our few big snow days this season.  Garrett is like our cat, Puff Ball- he LOVES the snow.  So, while dad was shoveling, he buried Garrett in all the snow from the driveway.  What could be more fun than that?... 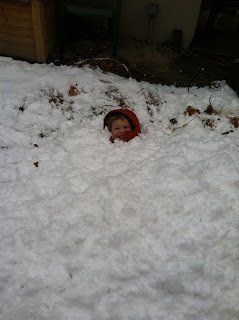 SNOW CONES!  Made from our very own snow...with some apple juice or root beer on top.  One of the best parts of winter.  Dad is good at making the kids snow cones. 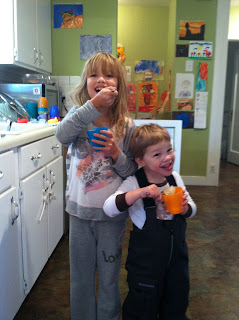 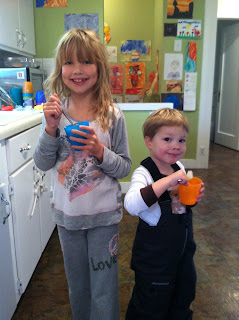 And this is just random...but I thought it was funny.  This is our neighbor elementary school.  Some kids in the neighborhood changed the letters from FILM week, to this.  I must say...it is true- we have some hot moms in our neighborhood. :) 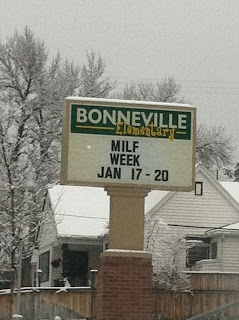 Garrett probably got my phone to take this picture.  Cute. 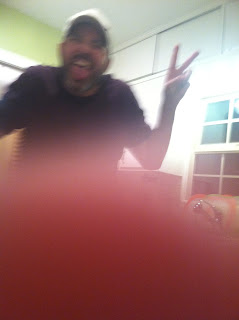