Dalton's birthday was back in February.  Our friend had just opened up a new indoor play space called Jump Around Utah, so we got a great deal and booked it for his party.  He invited a ton of boys...all of his buddies from school, and they had a blast. 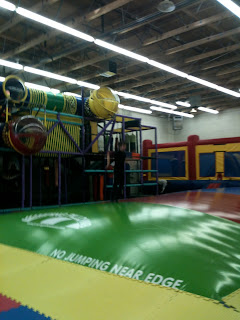 Lots of Costco pizza (gross) but they liked it well enough.  They each got to pick out a soda, and of course most of them chose Mountain Dew or Coke- things that were off-limits at their houses. 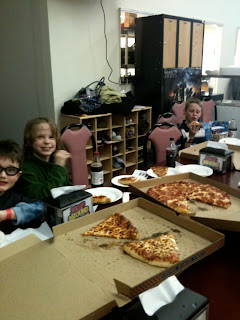 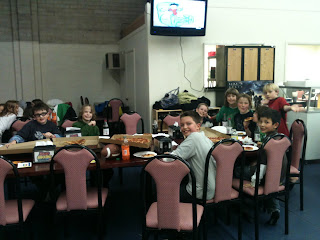 I wish that I would have taken a picture of his cake.  I didn't make it this year.  I think that's the first time in his entire life that I did not make a homemade cake, but the world didn't stop moving because of it...which was a surprise to all of us.  It was cool looking though.  Decorated by the lovely ladies at Dan's bakery, and covered in gray and black frosting with figures from the latest video game all over it. 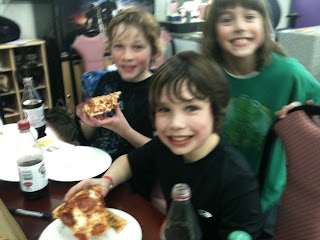 I think that I told them that whoever smiled for my pictures got double cake...so that explains all the super eager cheesy smiles that I was "lucky" enough to capture. 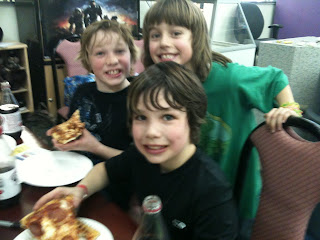 I let Shelby and Garrett invite their friends too, and gave them the same offer about double cake.  I will say that they were pretty happy anyways.  Getting invited to the older boy's birthday parties isn't something that happens every day.  Luckily this place was big enough that there was plenty of room for everyone to spread out and have fun. 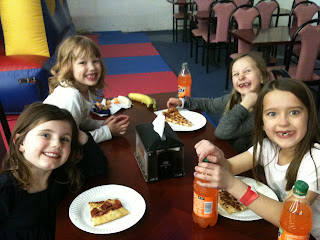 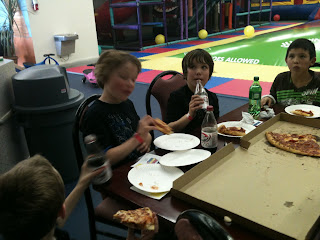 Garrett was in heaven...places to run and bounce, and hide and play. 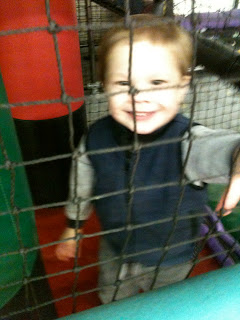 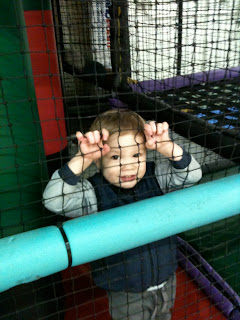 We had told Dalton that he was possibly going to get an XBox for his birthday. But he was stressing. We said that maybe we'd have to get it after the party or another day because they were out of them at the store. Nothing like lying to your kid in the spirit of his birthday just long enough to cause him to have heart palpitations and feel unloved, before you let him in on the birthday surprise. I had wrapped the XBox and put a card on it from Grandma Martha. I told him and his friends that it was a set of scriptures on video from his Grandma, which of course he believed. He had opened all of his presents when we let him open that one, and boy was he happy.

Lots of sweaty, sugar filled kids had a great time. We did a toast to Dalton. He got lots of cards that sang. His Aunt Kristen gave him a gag gift that made him and his friends laugh- a Justin Beiber t-shirt. It was a great day. LOVE HIM.

Email ThisBlogThis!Share to TwitterShare to FacebookShare to Pinterest
Labels: Dalton