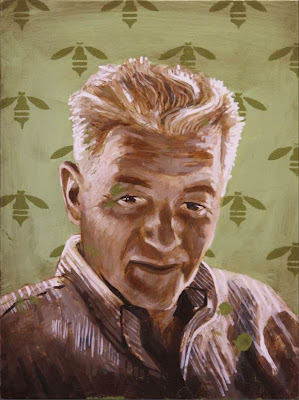 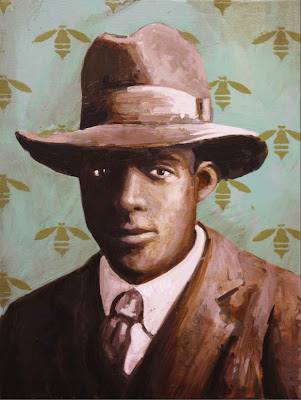 The thing about life is it's just too short. I almost die when I think of how short it really is. I guess that I am as bad as all the rest, because I too compartmentalize. I can't think about it being over, wrapping up, ending. Because then I would either want to stop breathing or I would go in to overdrive and stop sleeping so I could cram every possible activity in to the short time that I have. And not that I know it's short. I haven't been given a death sentence or anything. But just that it has to end at some point. There are no two ways around that one. And whether it's tomorrow or eighty years from tomorrow, in my mind that's still a millennium too short. A millennium without my darling angels. A millennium to not witness every feat that my surviving generations accomplish or bomb. A millennium not to get wiser, and more thoughtful. I mean, how is it that we are supposed to be evolving, yet we bite the dust just as we get our act together? What is the sense in that?

I saw the play about Wallace Stegner and Wallace Thurman and I took it to heart. It is humbling to remember that after we are gone, it is only our words that remain, to prove that our existence was a reality even if it was fleeting. The power of the written word. It can be unnerving, intimidating, causing you to feel that you must have a stamp of authority or permanence before you put pen to paper, lest you sin in the fashion of having a change of heart. Because wouldn't that just be the craziest thing, to think one thing for a bit...maybe a moment...maybe for years...and then to change your mind.

Kind of like when I was absolutely one hundred percent certain that I would have ten kids. No, you will never change my mind. This is how I feel and I am sticking with it. Or when I thought that I had the power to change someone else's ideas. Or when I thought that parenting meant adhering to a certain set of rules that were the only ones that worked. Yes, all of that stuff was one hundred percent true and then one day it was not.

Some of my truths eroded like the side of a mountain, slowly washed away over time with each rain taking away one small layer of foundation after another. Where other truths just evaporated over night, like the evening fog. So who was I without those truths? And how could anyone trust me if I couldn't stay true to my word. How could I trust myself for crying out loud? Ten kids and time-outs were what made the world go round. But luckily new truths emerged. Some right away, and some over time.

And at first I was tempted to hide my old truths...swear that I had never thought about having five boys and five girls that loved me and worshipped me as their sun, that each played a different instrument and entertained the neighbors with musical shows and theatre performances..something like the VonTraps do Utah! Yes, that was ridiculous, what was I thinking?! But really, I wasn't thinking. I was feeling. And that feeling was my reality, and so it was valid. And still is, because it was a part of me. Just like my baby teeth, my facial acne (oh wait, I still have that) and my braces. It helped to form me. And what forms me, doesn't have to remain a constant. Just as the support that holds the hardening concrete doesn't stay in place after the concrete has taken form. Sure, I can still see the outline of the support, but I no longer need it now that I am at a different place in life.

The funny thing is that as wise as I may feel today, I know that ten years from now I will look back on this impatient, energetic, frustrated me, and smile at the silliness that seems so permanent and fixed right at this very second. Maybe that is the only constant- that I will always be changing...adapting, growing, learning, failing, stumbling, climbing, trying, and understanding. That life is an evolution, and I am not static, but in motion. So I can remember that for myself and for every other person that I share this planet with- this is only a moment for them. That they are living their truth right now, and I can respect that.

In paraphrasing the words of Wallace Thurman, "It makes me wonder what more I could do, if I just was more of me." Kudos to those two actors, and to the director of that play. Tonight was the last night that it ran, but it was good to see two Utahns..two Salt Lake boys...who had a perspective all their own. Their words are their legacy. Lucky us. And lucky me who has three great friends to share it with. Hopefully that is one thing that remains a constant.