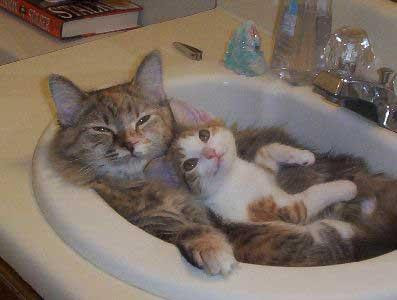 The other day I am in my bathroom, straightening my hair, when Shelby walks in and sees a package of maxi pads on a shelf.

Here is where I tell you that this post contains words that may be extremely offensive to people. Words like vagina.

And upon hearing this word you definitely should take offense. What, with the fact that it is the very means by which every species of mammals has entered this world to exist on this earth and all. And then to do such dangerous things as empty a female body of waste and give a female pleasure...why-it's just a matter of time before it is the impetus for nuclear wars and global famine...It is so offensive. It should be locked up with the key thrown away... never mentioned again. And not to get technical, but the real definition is vulva.

Sooo, she is in my bathroom, unwrapping maxi pads, and trying to figure out how the thing works, and why there are wings that are sticky. And I am starting to sweat-not just from the heat of the scalding iron that is right next to my scalp, but from the mental wheels that I can visualize turning and churning at lightening speed in my daughter's head, and the conversation that I know is about to ensue.

"So, are the eggs in your body soft or hard?"

"Soft." We have had a few general discussions about the fact that moms have eggs in their stomach or womb and that is where babies are made.

"Well...my eggs are super small. So small that you can't see them unless you have a microscope. So they just look like blood."

"Well how do they get to be a baby? And when is one of your eggs going to turn in to a baby girl?"

"Well...I don't know if any of my eggs are going to make babies any more."

"But how would the egg be a baby..I'm just saying?"

"Well, it has to get fertilized by the male."

"What does fertilized mean?" she is now skipping around the room with a maxi pad stuck to her arm and another attached to her face.

"Well, remember how I said that boy's balls have seeds in them?...well the egg needs to be fertilized by one of those seeds..they are called sperm." She smiles at the name sperm.

"Well, how do the sperm fertilize the egg?"

"Well, they are in the woman's vagina and they find the egg and then one of the sperm fertilizes the egg, and then the egg starts turning in to a baby."


(Yay.. done. I can breathe. It's over. I have explained it away and she will be satisfied... I mean, for Pete's sake..aren't we supposed to do this over tea and cakes at the Little America restaurant with our Sunday best dress on, and classical music playing in the background? Aren't I supposed to have videos, and books with cute kittens in the throws of heat, where the mechanics of sex can be sugar coated with fluffy faces and pink noses?
I am doing my hair for crying out loud! I was NOT prepared for this. Plus, her eight year old brother hasn't even gotten the icing on the sex talk cake. We have to seal the deal with him before I can think of deflowering my only daughter's pure mind.)


"BUT HOW DOES THE SPERM GET IN TO THE VA-GI-NA? That is what I want to know."

By now I have put the straightening iron down. I am in danger of taking out one of my eyes, what with the fact that there is sweat dripping from my palms on to my tile floor.

"So, the sperm seeds travel through the balls and in to a man's penis and then they shoot out in to the woman's vagina."

She looks at me to try to gage whether or not I am telling the truth. She appears skeptical. "I am serious!" I say a little too loudly. Exhaling with the relief of having divulged the precious secret that she had been after.

"But how does the penis do that?" she asks, all the while thinking of the unimpressive little Vienna sausage tip that just kind of floats about in between her baby brother's legs when she is bathing with him. The thought of that little lump of skin doing anything as impressive as shooting sperm seeds like missiles, I am sure seems like an outright impossibility.

I take in a deep breath, and as if I am explaining how Laughy Taffy is made, I say with a forced smile; "Well, it gets hard...and straight...and then it goes in to the vagina." (Gulp...keep smiling...wait for the response...keep breathing).

She looks at me as if my head has just opened up and tiny dancing ponies that breathe fire, with fins are dueling with troops of hot pink ladybugs who are dressed as alligators. Because this reality she can comprehend...but the other...am I kidding?

So I panic. "I know, (I begin apologetically, as if I were the celestial magician who had waved my magic wand and declared this bizarre act the one that would be the only way to create human life)...isn't it.. gross!?"


"No" she pauses. "Actually, I think it is interesting."


And she skips off with maxi pads attached to her face.


**On a side note, I did explain to her that boy's penises can not perform this "missile trick" until the boys grow up and get big. I didn't want her to be scared that her brother's genitalia was going to unleash it's power during tub time.

OMG! I think I will laugh all night long! You will have to work very hard to beat this post IMO. Thanks for the assist in laughing so hard my ribs are bruised and my cheeks are tear-stained. I needed it today!

(By the way I saw you - I think - walking on campus the other day but, as usual, I was running (20 minutes) late to the first day of class, so I did nothing but curse the full parking lots.) :)

Oh no. That was so funny. My palms get sweaty when I think about the day that Owen starts asking questions. Good for me though he could care less where babies come from for now.

Drew was watching some nature documentary with Samantha. On whales. Mammals. Boy, did that get the questions going.

She now knows about the birds, bees and mammals.

And Drew is in deep kimche!

(Of course she waited to ask me all of these questions.)

Hilarious story Ashley! I would much rather have my kids hear the facts of life from me than from their friends. I make Evan call all body parts by the correct names which makes my mom cringe when she hears him say penis or vagina!