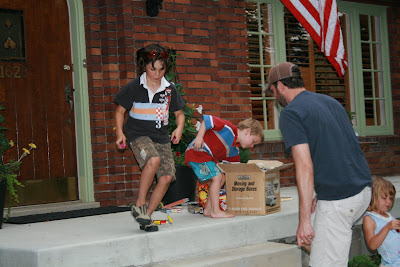 The kids could not wait. Dark was not coming soon enough. So the box of fireworks was attacked, and the street was immediately turned in to a stage of sparks. 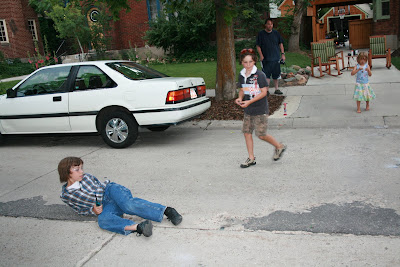 What is it about boys and fire? Our neighbor offered to lend Dalton these glasses so that he would still have eye balls at the end of the evening...thanks Jim. 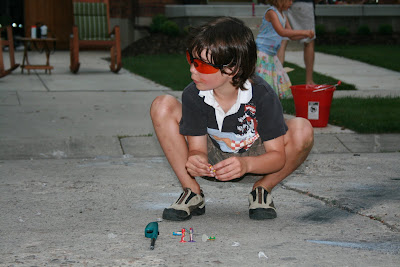 And the fun begins... 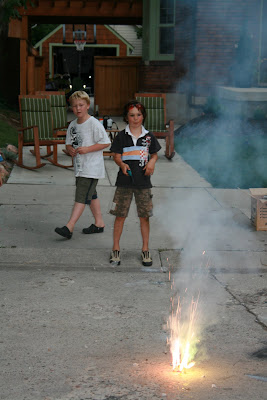 Chairs were pulled up so that the adults could admire the show on their bums with a drink in hand. 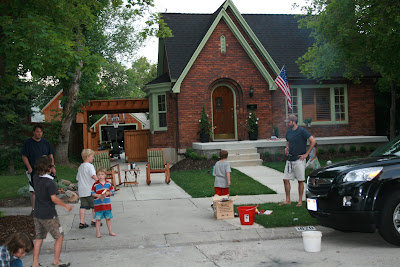 And as it began to get dark, a few more folks joined in the fun. 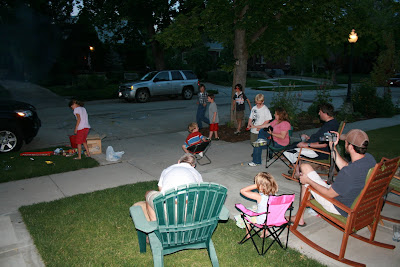 Do sparklers ever get old? 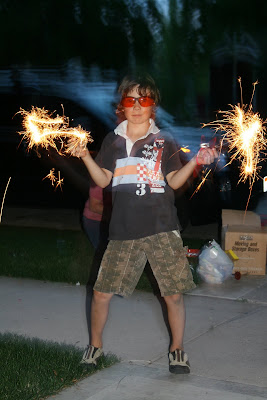 Dalton's friends from across the street battle with theirs. 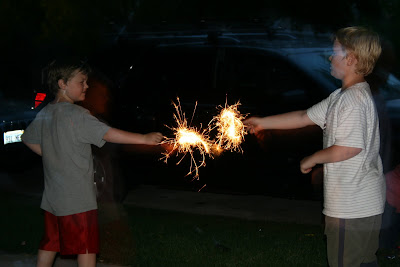 Shelby could not get enough of the glow bracelets that Gavin had bought. She didn't feel a lot of love towards the fireworks or sparklers. But better than last year, when she ran inside screaming, any time one went off...poor thing. Our neighbor actually got her to hold a sparkler by the end of the night...woo hoo! 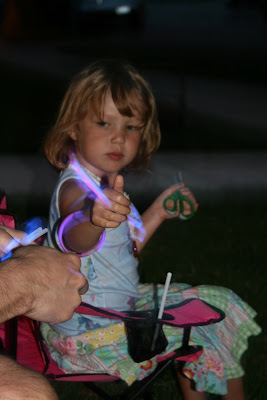 After the kids had gone through almost all the fireworks, they brought one of Dalton's big GI Joes out, and attached him to a firecracker. He was annihilated...a mound of dust! They LUHUVED it. Now I don't think that they will view "Sid", from Toy Story, as the villain they used to...now that they know why he loved blowing up all of his toys so much.

and when it was all over, everyone still had ten fingers and ten toes...oh, and two eye balls- yay! 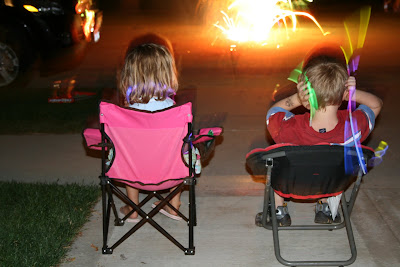