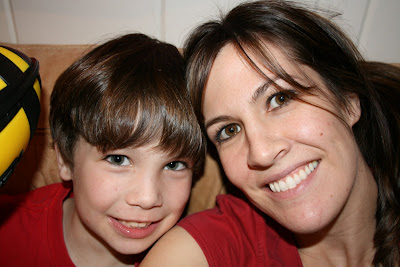 What is the harm in being a "poser"? You know, posing for the photo, so you always look just right. I don't know...maybe it's not such a bad thing.

But when you pretend to be candid, even though it appears to be a pose, then it is a bad thing...in my mind. Why?...I don't know, it just bugs me. There are definitely worse things in the world to be guilty of, like owning a car that costs as much as a house, and consumes as much fuel as a small jet. Or allowing your daughter to wear anything with writing (in jewels) on her tush. Or, being involved with ANYTHING that involves getting people signed up under you in order to make money. Those are all much worse...But I have to admit that I have been guilty of "posing". I know the way to smile to make my teeth look like they are all the same length, and my gums look like they are not the size of a honey baked ham. I know the way to wear my hair, to make my face look less like Mr. Ed, and how you should look down a little when you smile, so your neck and head don't mesh in to one giant head-neck-mound-o-fat. How did I learn all these lifesaving poser tricks, you ask. I learned from many masters that I have had the great honor of studying under for most of my life. You see, my family is blessed with some of the greatest posers in the world...geniuses really. But, problem is...it gets old. I mean truly, sometimes you just want to wear your hair in a flippin ponytail and laugh with your flappy old gums hangin out, while you look up to the sky with your giant head-neck. A friend of mine from Boston, who now lives back in Israel, had moved to San Fransisco in between. He told me about how he had met some Mormons there. He said that they always sent Christmas cards with the most beautiful photos of themselves and their families. And then he said, "Yeah, I don't even recognize them." And that was the truth that hit home. WHO am I posing FOR...IF I am unrecognizable to the people who care about me? And don't my kids deserve to have many a fun, and memorable event without me coercing them in to posing for the camera for the ten-millionth time, cause "honey, your smile was weird in the last one, and mom needs to get one with ALL of you smiling at the same time...here, look here, one last time....I promise! One last time! OK, cheese, everybody! EVERYBODY CHEESE!!!" ...Yes, that was me in my poser-days. I wasn't just a poser...I made my kids pose too. How lame. And so, gone are the days of "candid-looking,-but-really-perfectly-posed-photos".
Here to stay: real-life-documented.

I plan on bedazzling the tush of all my sweatpants. Its the perfect place for a snappy come-back. Why fashion dictates that you need to call further attention to that area is beyond me. Jokes aside, it is interesting that we send people photos of the best side of ourselves such that it may make us recognizeable to others. Interesting thought there. No one really dresses up to go out to just sit in a field of wheat staring off into the horizon, nor does a family walk around completely color cordinated everyday unless someone is letting their OCD get the best of them. I would much rather prefer a real life moment, but I have a hard time capturing those where the lighting is right and the kids aren't blurry. It seems we all try to capture those real life beautiful moments and just share those with others. It does lend the feeling of phoniness. I love the "realness" factor of your blog. Everyone only posts the exciting places they are going everyday or the cupcakes they are baking to give to a special someone or how their child did something especially funny/smart/cute. It is much more revealing and perhaps rejuvenating to figure out what images we are consciously or unconsciously projecting into the world and actually compare if it measures up with the reality.