The day before his birthday I decided to throw a party for Garrett...cause that's just the way we roll around here now...sometimes. 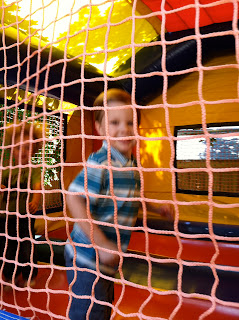 I called a bouncy house place and got a good deal on a bouncer because I needed it for a Thursday.  I invited Garrett's three friends, Ben Boyden, Asher Anderson, and Owen Prettyman.  I also let Shelby invite Hanna and Eden and Dalton invite Jack.  My Mom and Dad came too.  I learned two things from this party: 1) It's not worthwhile to stress over these things and 2) Posing kids for pictures is idiotic. 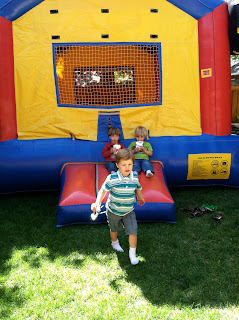 Here's Garrett leaving the "perfect picture" that I missed.  Here is my Mom trying to recreate the moment. 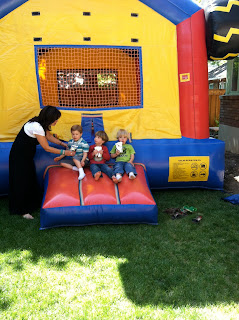 Nice try Mom, but no cigar. 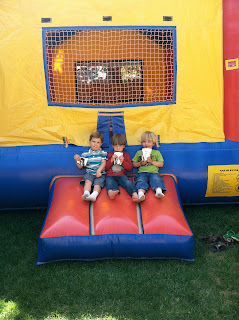 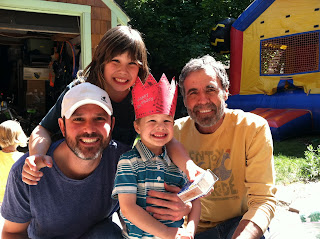 Okay, here is me trying to get the boys to smile...when will I learn how little control over life I really have? 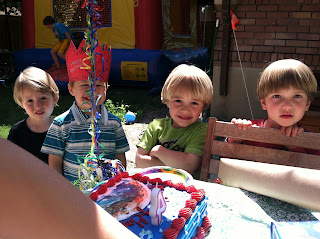 Tried to get Garrett to step to the side of the balloon string, but that gave him enough time to remember that he wanted to pick his nose. 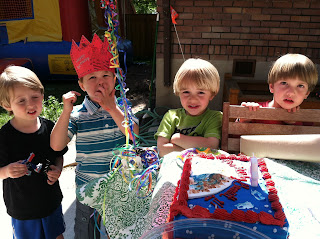 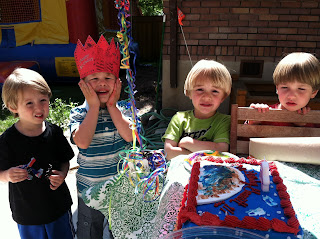 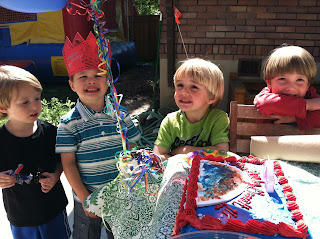 Here's Garrett with the Prettiest Grandma in the whole world.  He wanted to wear the crown that they made him for his birthday in his pre-school.  It's good to be king for a day. 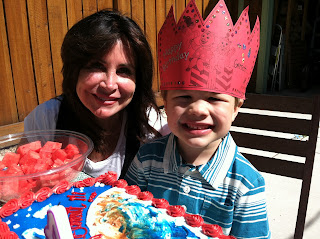 Here I am realizing that the sleek hair do I am sporting looks more like stringy ugh and that I need to start actually blow drying my hair again...sigh. 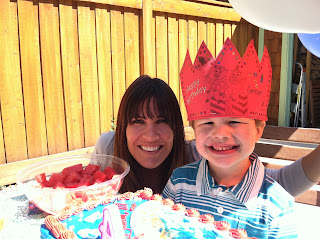 The boys loved the bounce house, except for one, but they are four years old, so that's to be expected.  They all loved the motorized cars.  The Transformer's cake was a hit, especially since I ordered it from Dan's grocery store the day before so it was a piece of cake, literally. 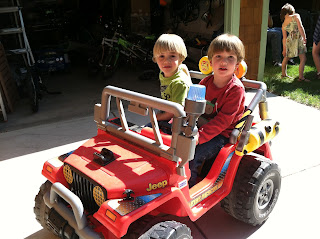 Here are the girls (teens-in-training) who loved to boss, I mean help, the little boys during the party. 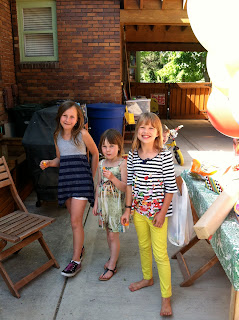 And the presents were of course the best part.  I told my Mom that I thought we had too many presents.  She assured me with all of her maternal wisdom that there was no such thing as too much when it comes to children and birthday parties. 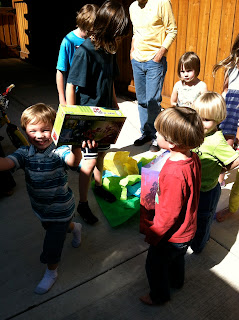 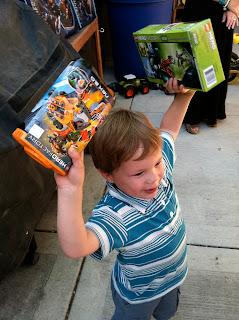 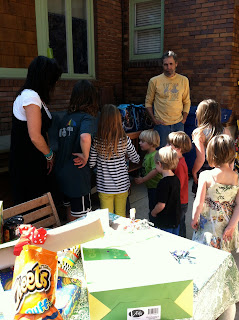 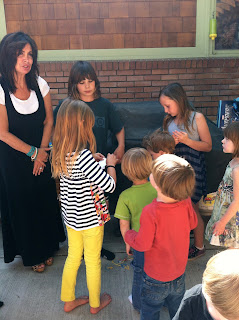 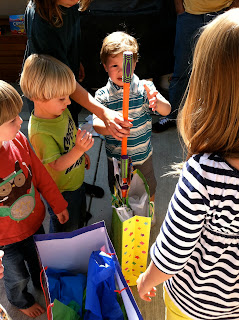 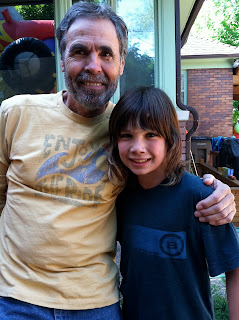 My cute friend Katrina stayed with her kids and I told her about the insane parties that I used to throw for Dalton when he was Garrett's age, where I would work for weeks on the details, send out homemade invites, spend all day making the homemade cake, and they never turned out a lick better than this party that I just put together in a day.  It is nice to know that in my aging I am gaining some wisdom.  Here's to lessons learned, and my baby who has now just completed his fourth year on the planet.  How I love him and am so glad he is the little book end of our family.

It was a perfect party! Well done!

happy birthday to that little sweet bugaboo Garrett...how we miss him! Way to not stress about the party... Kids could give a rip. :)