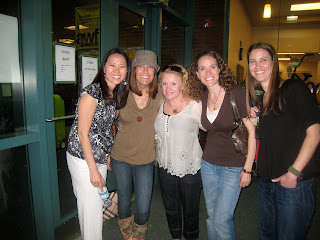 I should get a job outside the home to get a boost in facebook friends.  While people I know have had friend numbers in the thousands.  I have been in the few hundred range.  I'll see an update that someone just added 35 new friends.  What The?  How does that happen?  35 besties that were hiding under a rock just surfaced?  You walked in to a Kneaders and everyone just became your new BFF?  I have plumbed the depths of my friend-well.

I will try to console myself by saying that I am not a friend-whore.  If I do not know someone well, they are not going to become my facebook friend, as friendly as their profile pic might appear.  Also, I am hesitant to add someone unless I have had some form of contact in the past ten years.  This is usually pretty easy to figure out if I can't even place the name with the picture.  And that's about the amount of time, where if you loose contact with someone, they can do something seriously creepy, and you would not hear about it in time to block their friend request.

Facebook can be really good for your self esteem.  I have felt pangs of sweet justice looking at the guys that I swooned over in Jr. high.  Nothing says karma's a bitch like going bald at the age of 23 and wearing the Dad equivalent of "mom jeans".  Don't get me wrong, there are some hot bald men.  But these guys are not. Sorry, it's the pudgy baby effect.  So, yes, you were my first crush in the fifth grade and you broke up with me on the telephone while cuter, more popular girls listened in on the other line.  But it's easy to get over when I see Mr. Heartbreak looking like Mr. Plumber's Crack.  Thank you facebook.  I especially like it when these past-heart-throbs do cool poses in their pictures, like make gangsta-looking signs with their hands, or pose in a swimsuit while they are wake boarding.  Yes, dude, you've still got it.  Now hide the sippy cups, and the McDonald's take out bags that I see behind you, and you've got it made.

The scary thing about facebook is that it forces me to come to terms with my early onset Alzheimer's.  I, for the life of me, can not remember if it was me that had the marathon dry-hump session with John Smithson, or my friend Amy.  I think that Bob Davidson was a big dickwad to me all through high school, but it could have been his best friend.  And in his profile pic with his wife and six kids standing in front of the temple, he looks so nice now that maybe he would be fun to have as a friend.  People and experiences that I had purposefully expunged from my memory, are now surfacing, and I am faced with the decision: do I friend them, so that I can get to 500 friends, or do I stay true to my super awesome-moral facebook convictions?  I mean, a girl has to have standards.

Granted, if I croaked tomorrow, only about 1% of my facebook friends would show up for my funeral.  But there's a good chance that they'd all post a sad face about it...that's something.  Today I looked through the list of my potential friends that facebook says I might know.  I really want that magic 500th friend dang it.  I'd already broken down and friended all the fringe 2nd cousins that I would not recognize on the street, but will live next to me in the celestial kingdom for eternity.  My grocer, professors, and babysitters have all gotten friend requests from me.  Oh 14 year old Lyndzeee, that is so lame that Chanderxton dumped you.  Double frownies!!  But I am still at 499.

I was going through the list with Shelby.  Showing her who used to be hot, which she could scarcely believe.  We passed by one who I told her was a jerk.  She asked why and I told her that he'd dated my friend in high school.  And by date, I mean screwed in the back seat of his parent's car, right before his dates with more popular girls.  I didn't share these gritty details with Shelby.  And I doubt he's doing that kind of stuff now, plus he married someone kind of trollish, so all's well that ends well.

Passed the jerks.  Took a pass on the people that I should know, and 498 of my friends know, but I have no idea on earth who they are.  And finally: Allison!  I know her.  I really know her.  She was nice to me in high school.  Took pity on me because she was the older sister of a cool girl who was my age.  And I saw her about three years ago.  We are totally meant to be facebook friends!  Shelby agreed that her profile picture made her look nice.  I sent a friend request.  And today 500 FRIENDS!!  Oh yeah, it feels good to be so cool.

Now I am going to go put on my acne face mask, and night retainer.  Practice my super-sassy smile, look on anthro.com for a sexy-modest top to wear over my half tank that I just got at my friend's house party, so that tomorrow when I post my super random and totally non-staged, improptu self portrait celebrating my 500th friend, it'll be super hot and totally natural.  Speaking of natural, I have got to remember my appointment for my lash extensions, hair extensions, hair removal, teeth whitening, post op consult with the plastic surgeon, and my extra Zumba/Pilates/Yoga/P90X/Just Dance/class that I signed up for.  I gotta show those boys from the 7th grade what they missed out on.

That was awesome! I too love looking at the guys that were "so cool" and seeing karma biting them in the butt. I also have been saddened but not surprised hearing about infidelity and heartbreak a guy I went out with has caused his family.