Soccer practice today starts out with me telling Shelby that it's OK that she doesn't have her soccer uniform on and that it's not going to be that big of a deal while inside of my head I am bugged that her dad didn't get her soccer uniform on her when I specifically called to say, "Make sure that Shelby is ready for soccer."  He told me that he thought that that meant "dinner eaten".  For future reference- it means "get her damned outfit on her."  That being said, I was also annoyed because after all that rushing we were EARLY because I had not put the right time in my calendar.  Early and unprepared- the worst combo.

Plus we forgot her ball...which I had to come back and get....and her water bottle...which caused a scene when I pretty much force fed her from another girl's water bottle like someone trying to bottle feed a newborn colt.  Yes, I know that it is utterly humiliating to drink from a friend's water bottle, but you know what, we're doing it anyways.

Trying to get eight seven year olds to pay attention, and not giggle, and not all pretend that they are pregnant with their baby soccer ball, and get them to understand soccer terminology so that the ball is being called a scoop of ice cream, or a kitten, or whatever...is a bit exhausting.  Also, being fun enough that the girls think you're funny and cool, yet not SO fun as to make your daughter clingy and possessive and unable to share you is another balancing act.

When practice is almost over Shelby gets hurt.  She and another player collide.  I can see that it is not serious.  But from the look in Shelby's eyes, no one has told her that.  And I can see where this is going.  I have to pick her up like a dead weight while she is gasping between her voiceless sobs, and just as I am off the field she seizes.  Her eyes roll back in their sockets and her head starts jerking and her face turns purple.

I quickly wonder what the f*** would happen if she ever did this on the playground?  I kind of assume that it happens to most kids, but maybe it doesn't.  And when school forms ask if there is anything "unusual" that the school should "know about" I never write this one down because I don't know how you casually say: Daughter passes out when she cries.  Wouldn't they bubble wrap her?  Forbid her from playing on the playground?

I remember the first time this happened, we had just moved to Utah from Boston and she did it when her and her brother Dalton were playing together.  I was sure he'd just beaten her up.  He couldn't figure out why taking her toy away had just caused his little sister to drop dead on him.  I was pretty freaked out.

Now I just sit on the field with limp Shelby in my arms, kissing her face and talking in her ear to get her to come to.  She does, and she is a little confused.  We take our time to get back to the game.  Oy.  Once back in she is hesitant.  She wants to show me that she is PO'd but she is also having fun.  So she kicks, but only when I am not looking.  Or she smiles, but only when I am not in site.

At the end I let the kids make up the cheer.  This time we decide we'll cheer, "Cheetah's do our best"...and then Shelby suggests "We don't rest!"  Great, I say to her.  And her smile quickly straightens as she tries to decide whether to delight in her ability to rhyme our cheer, or sulk in her deserved state of forced sportsmanship.

I put up with her nonsense today, because I am not wearing a bra, and have felt insecure the entire hour as every dad seems to have turned out for this week's scheduled practice.  It didn't matter at school, where I was covered in pretty much an afghan rug the entire time because the building I am in is so cold, but when I ran home and shed my sweater I forgot about free ballin' it today.

Along with that, I am brain dead from studying, and having a two hour discussion with my class's TA about the meaning of life and every other side topic that could possibly go along with that.

My hair needs to be colored so badly it's driving me nuts.  But who has time for that?  I can't decide if I want to go to my brother who will take five and a half hours to do it in my bathroom, and will use my towels to wash off the dye.  Or if I should use the Latin lover who will turn me so ash that I will look like the walking dead, while admonishing me for not having had a chin job and a nose job yet, because why would I not want to do that for myself?...I deserve it.  Oh, and don't forget about having my widow's peak lazered away...because that's as bad as a cleft lip or a hairy mole...you just don't let those things go now a days.  Or do I go to my cousin's wife who is as sweet as the day is long, but also just as slow because she squeezes 18 clients in while you are processing for two hours under the dryer that is not on, and you're forced to listen to middle aged women gossip about the same damned stuff every time you go in month after month after month.  They all sound pretty tempting right?

On the way home I told Shelby to remember to breathe when she was sad.  She looked at me like I was nuts, like WHY would she want to remember that?  When we got home Gavin's suitcase was out, which is like the blood on the door of the first born.  It's kind of good, because you know that the angel of death has not yet come to drive your husband to the airport.  But it also sucks because it's a visual reminder that the taxi comes bright and early the next morning, and after that it is not going to be nearly as easy.

Gavin is sweet because he always cooks food and saves it before he goes.  He doesn't want me to have to cook while he's away.  Like maybe that would be the stone that would break the camel's back and would cause me to drive off a cliff- if I had to cook dinner on top of parenting the kids without him.  He's right.

What he doesn't realize is that I still have to heat the stuff up.  And then there is a dish to most likely throw away, but also there is likely going to be a fork to wash too.  I would prefer to just order take out every damned day that he is gone.  Middle eastern, Indian, Thai, Mexican, Chinese, Irish, French.  They are all within walking distance of my house...or at most biking distance.  I would be happy to have a cultural fair of sorts, and just skip opening my fridge altogether while he's away. 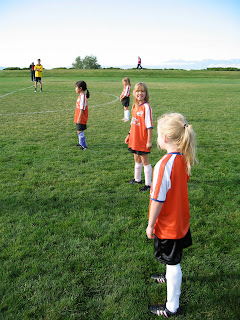 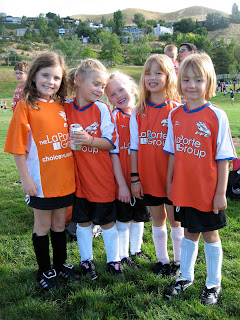 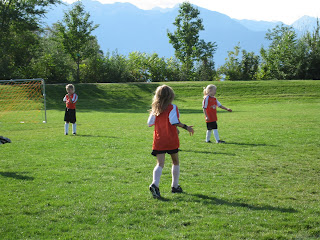 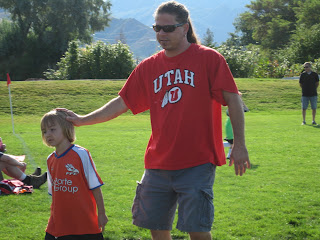 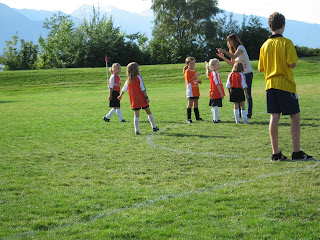