We spent Thanksgiving in Arizona again this year. We love this tradition! We get to crash at Karen and Marc's beautiful house while all the cousins play together and we enjoy a little sunshine for a change.

Here I am with my smart and beautiful niece Deven. During the trip I was trying to do the hard sell for the University of Utah. What's six months of freezing weather when you're used to 365 days of sunshine?...come on, it'll be fun, we can hang out! 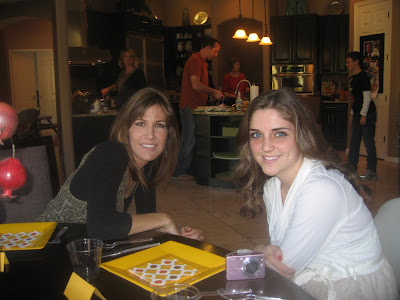 The big cousin table was the place to be. They even had fancy place cards made by Caroline, Madeline and Natalie. 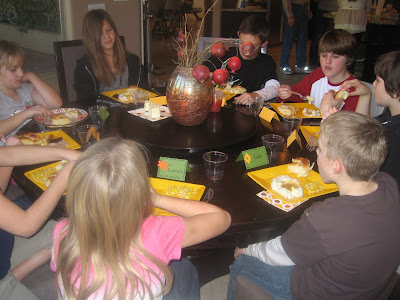 Megan and Susan, two of the great cooks who prepared the feast. 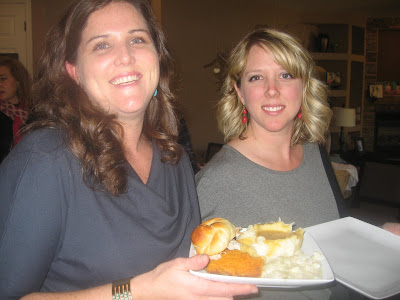 Randall, Charlotte and Garrett giving Uncle Gavin a "thumbs up". I think they actually sat and ate for at least two minutes...heaven. 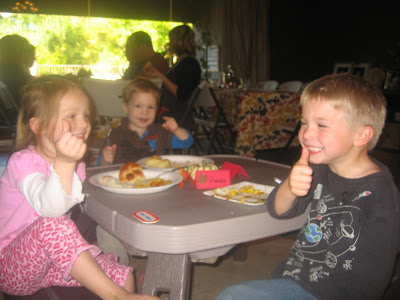 Sam, Ellison and Shelby in the backyard, up to a little mischief. I think they were making a potion...always a fun thing for a parent to hear. 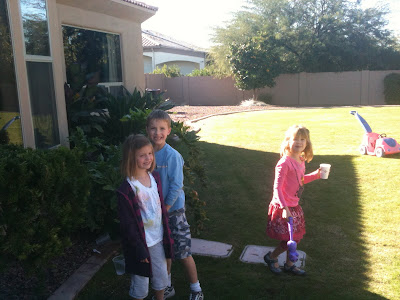 Karen and I on Thanksgiving. You know when you see a picture of yourself, and think, "Wow, I could use some sleep, night cream, and a day at the beach...oh, and teeth whitening"? Well, that was this picture for me. 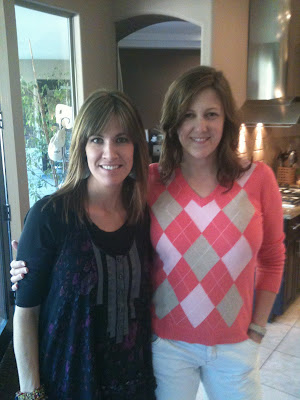 Dalton with his two best cousins, Jeffery and Jackson- aka: The Three Musketeers. I wish I would have gotten it on camera, but the highlight of the trip for the kids was jumping in to the Tobler's (not heated) pool one night together and doing "Polar Bear Club". Then they would immediately shuffle over to the hot tub, where they sang along to Karen's teeny bopper songs on her ipod. Oh, good times!! 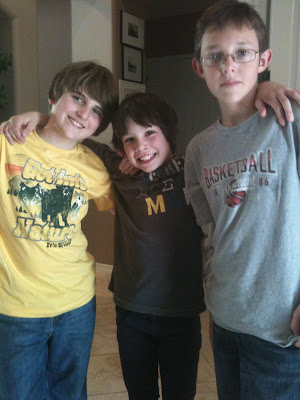 Gavin and Garrett outside in one of Karen's trees- again, we are just happy that they aren't covered in snow. Garrett was a little bit on the grumpy side this trip. I think that he may have had an ear infection, that ended up going away on it's own, as I took him in to the Pediatrician right when we got home and there was no sign of it. But I swear, one of these days his cousins are going to see that he is actually a really funny and smiley little guy most of the time. 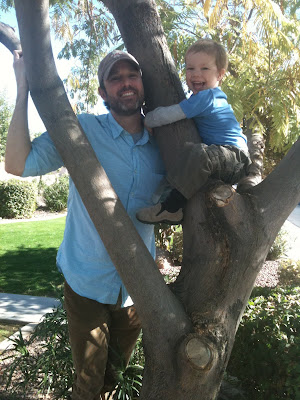 Garrett with his best cousin- Randall, whom he followed around the entire time. Randall was sweet to Garrett and let him tag along. I adore Randall...kind of see a lot of my kids and Gavin in him. I think that these two look like they could be brothers. 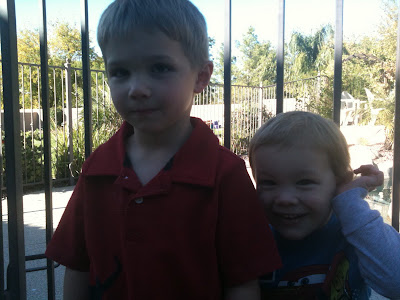 Randall equally loved Dalton and Dalton loves anyone smaller than him who he can be a big brother to. 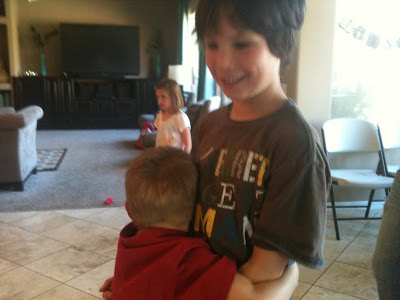 Silly girls! Seriously, these two are a match made in heaven. Equal parts spunk, intelligence, and bling. Shelby was missing this gal, and her other best cousin Ann Marie (in the back) the second that we left. I told them that when they are older they can live together, like sisters. I then told them that they could have as many pets together as they wanted...oh my gosh- they are counting down the days right now. Shelby got to have a girl sleepover one night on Ellison's floor. FUN! 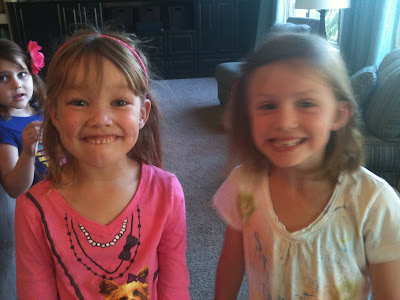 This was the room to hang in, where there were toys, video games, computer games, and lots of cousins to keep you company. 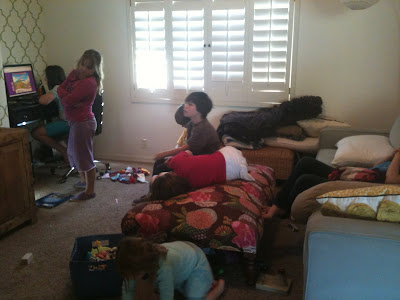 We went to Gavin's Aunt and Uncle's homes, where they live in Agrotopia...seriously- land, animals, farm equipment, hay bales to jump on, a swimming pool, a playground, sand to dig, orchards to hide in, horses to ride...it's pretty amazing. 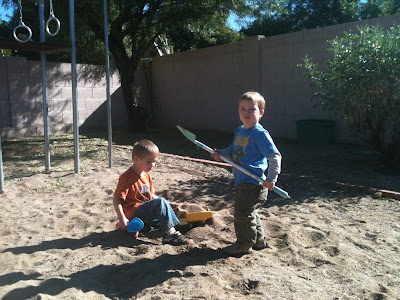 And we pretty much had the best time ever. My kids are always weepy the day we leave. I actually asked Gavin on this trip if he would ever consider moving to Arizona, to which he said "No". He reminded me that it is one million degrees in the summer, to which I replied it is negative a million degrees in Utah in the winter. I knew it was a long shot. And we do have it pretty dang good in Salt Lake...but I do get sick of the cold. Maybe we'll just have to come visit more often! 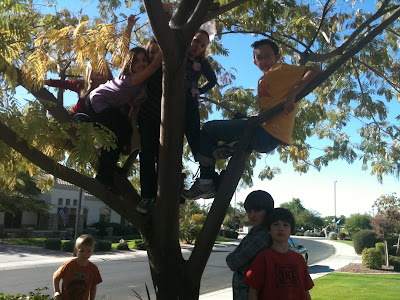 Thank you Toblers, for another amazing Thanksgiving. They truly are the hosts with the most!