Back to sketching master suites 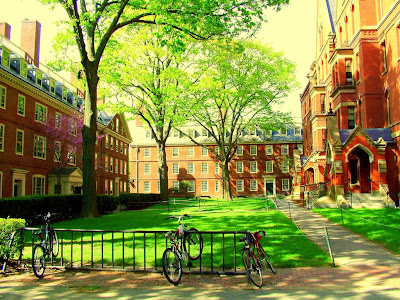 I really have about fifty other things I should be doing. For one:

So...I am in planning stages right now (when am I not?). I have to apply to programs at the U. And I have not really been wowed with any one particular program. There are plenty that I like. And I am pretty sure what I am going to do. But then there is this dream in the back of my mind..this dream career path.. that if time, money, and family were not a factor..did not exist, I would choose to pursue.

So right before he went to India, I am lamenting to Gavin about how I have to sacrifice my dream (which is basically to stay in school for the rest of my life and just be smart..because why should a vocation be the goal?.. when the true geniuses of this earth have not been bound by that and have been free to study from all areas, all over the world, each area of study mastered adding to the last) and he says, Well, why don't you do it? And really, I could have done him right there... Forget Heathcliff.

He says, Why don't we refinance the house instead of remodeling it (because that was the dream that we were currently working towards) and rent it out? We can move back to Boston and rent a house (but what he means is a dive of an apartment for the price of a house-but what's the difference) and you can go to school at any school you want (and by what you want he means Ivy League. And not just any Ivy League but THE IVY LEAGUE. Like, the purest, most beautiful bloom on the Ivy of the Ivy League. But my reality may be the weeds that grow in the shade of the Ivy of the Ivy League...but I don't care. It is gold to me). So my heart stops beating. And I think No way. Could it really happen that easily? Could this secret wish that I have been pining for come true just that easily?

I have been consumed with fundraising for the local Elementary PTA, and researching ways to overthrow the Public School Lunch program of Utah, while finding every fantastic woman in a five mile square radius to be my BFF, and taking the family skiing, and drawing out new master suites and great room ideas, and getting Garrett on the wait list for the pre-school at the University, and planting my feet in this dry rocky soil of Utah, just so that we can bloom as a family. And now you're telling me in a blink, we could just up and go to Boston, where there is no need to plant my feet because I am blooming just thinking about that city?!

If it were only me, I would leap. But then I think of Dalton and his buddies, and how he is starting lacrosse this spring with his fifteen best friends. And how he LOVES his life. Did I say LOVE? because I meant LOHUUUVE. He blooms here in the desert. Maybe it is proximity to family. Or the laid back vibe. Maybe it is the mountains. Maybe it is the eighty kids on our street that he can play with. But whatever..he is happy. And do I really want to mess with that? Shelby I wouldn't worry about. She could be transplanted on the moon and thrive. And Garrett is in outer space as far as his reality, so there's no issue there.

Yes. But really it's not that selfless. Upon a few days of contemplation, I understood that I was giving it up in the long run for myself. So that a season would not be missed..my well would not be dry.

I don't want to have regrets. This weekend my mom took the kids for a night, down to her place while Gavin was in India, so that I could study..I mean read Wuthering Heights..and I was lonely. LONE-LY. It was bleak. Silent and bleak. Yes, I caught up on two hundred old emails. And yes I organized my room. And yes, I even found our "lost" camcorder that was under a chair in my room. But I was quite surprised at my response to solitude. Maybe it would have grown on me. But to have the house go from bustling, and alive, to dormant..was shocking.

And I suddenly knew the desperation that my empty-nest,worked-full-time-when-I-was-child-mother feels to be able to see her grandchildren. The summer that she missed that she is trying to reclaim. And the winter solitude that she takes with her when she leaves my home emptyhanded.

To be sure, there is a season for children, and a season for grandchildren. But missing a season only makes you yearn for it that much more in retrospect- for what was not experienced..not remembered..not supported. My soul tells me that if I am consumed with my self-importance and my lofty educational goals while I have my children, I will not be as present for this season. This is no new realization. Only new to me, because I forget it constantly and have to be reminded.

So, I can imagine my ego thriving in this ideal educational setting. The fulfillment of old courtyards, and tweed-wearing Professors, and rowers passing you as you drink in the wisdom of the ages in those Ivory towers. But I can also imagine blinking and my children are grown. GROWN. A word that I have longed for on some days... knowing that it will be easier to have conversations with them when they have a vocabulary that numbers more than ten words. And that once they are adults and my role is no longer that of disciplinarian, but rather mentor and friend (as I imagine and long for) then we would talk of books, and plays and politics, and loves, and enemies, and life...and be equals.

But then I blink and I am there. We are there. And what was the rush? The glue that will bind us, is our time together as they grow up.
I don't want our relationship as adults to feel like an arranged marriage- with a bond that may become strong but is forced at the start without the footings and foundation of trust and intimacy.

Intimacy from millions of moments, mostly small, but some big, that were shared and weathered together. The end goal not being that each moment turned out well, or perfectly, but just that I turned out for it. I want my kids to love me when they are grown..god, don't we all? Are we all as desperate as I am for that validation? Even in their child forms, there is nothing that I desire more than their approval and love. But because I want more than anything, for them to find their self in life's search, rather than finding me, I don't secure my place at the top. It is the battle that wages daily in my mind: "To what end?"

Every single decision I make as a parent has a consequence. And I am aware of the consequences. What appears to be for the immediate good, often has long term repercussions. As a child at the age of six, maybe seven, I was still sucking my thumb. And to a parent who wants for their child to feel immediate comfort, thumb sucking was the cure. Not easy to get rid of though, and not worth the immediate hurt that it's void would cause. I remember my mother putting hot spices on it..bribing me..begging me. But it was a habit..and eventually she would succumb and give in to my protests for my habit that gave me security.

However, with time, and the continued pulling of my thumb to the side, as I sucked it while asleep, I developed a cross bite. One that had repercussions in the form of TMJ or severe jaw clicking every time I chewed, and had to be remedied by ten years of orthodontics including rubber bands stretched across my mouth to try to bring my jaw back in to alignment.

Was the temporary comfort that the thumb sucking afforded worth the decade of repair required? Obviously not. And so it is, that every day, every hour, every ten minutes, I am bringing out the mental scales and weighing the immediate good against the end consequence. And thus: I am not the favorite one. And in the now..it is heart breaking. Especially for one who has always valued being loved over all else. So, in making up my mind about what the near future held for our family, whether I should take my husband's offer, I had to give up the immediate good for the end good...the tweed jackets for the Patagonia fleeces...knowing that those stone paths and clock towers will stand for quite a while yet.

And down the road..a road not so long as it first appears, they could yet exist in my life. I will be satisfied with my little Ivory-like tower here in the west. I still have much to learn from it. Down the road I hope my well will be full. I hope that I will have three friends who will know how much I esteem them...finally they will comprehend that I withheld to bestow...and hopefully they will love me because I showed up for all the seasons*.

*with my unlikeliest of soul mates- my husband, by my side.

Email ThisBlogThis!Share to TwitterShare to FacebookShare to Pinterest
Labels: Ashley at the U, Gavin, lesson learned

well said. i also have an annual tug of war with myself about finding a job and/or going back to school and it tends to end the same way. though cameron has never enticed me with the chance to go back to boston, that would be a difficult one for me to pass up.

That was a beautifully written post Ashley. That inner struggle of wanting what's best for me and what's best for my son leaves me in continual turmoil as well. You've pretty much expressed exactly what I've needed to hear and finally admit to myself.