We were just going to do a fake tree this year. I mean, really- what's the big deal? So what if every year since we've lived in Utah, we've gone to the same tree farm where they have a fire going, and a barrel of peanuts for you to nibble on while the kids play tag amongst the fragrant rows of trees that seem to stretch forever like the mink coats in the wardrobe?

So what if we won't get to stand in front of the different species, admiring their various qualities. The large and soft needles of one type that make it appear as if it were a large furry bear. The sparse yet fragrant needles of another that are reminiscent of days gone by. What do you think about this one honey?..Too big?...Really? Kids!..Come here..what do you guys think about THIS one? Walking around to inspect that there are no holes. Rubbing the needles together between mittens to ensure that it has that real Christmas tree smell. Haggling with the burly tree salesman to get him to come down ten dollars, but not kill the Christmas spirit. What? They have fresh garland too! Sure, throw in ten feet of that. For where? Why around the door frame..and mantel if there's any left.

So what? The pros of getting a fake tree (because you know I had to make a pro and con list) were that I didn't have to worry about watering it (ie: killing it half way through the month) since we get it on the first of December. There would be no pine needles to deal with. And we could put the money toward a tree that would last us forever. After all these trees are not cheap. So, my mother stepped in (of course) with one of her ten fake trees that she has used in years past to decorate her home. We brought it in, and set it up. And let's just say, it was a little anti climatic. I think I injured it because I don't remember her ever owning a tree that looked this Charlie Brownesque. I think that this was one of her trees that had been used in a grouping , or put in a small space. When Dalt came home from school and saw it, he was disappointed. And to be honest..so was I. 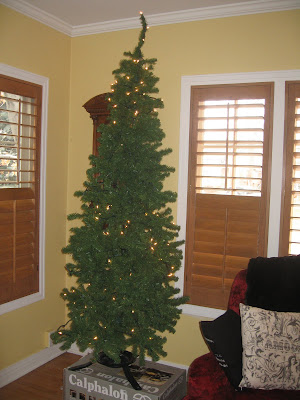 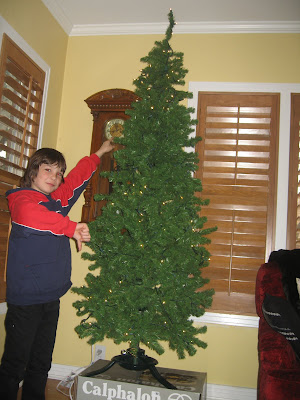 So, that was it... we were going to get a real one. Cue the peanuts, and crackling fire.
I asked Gavin to take the big kids, and I stayed home with the baby. I would have loved for all of us to have gone, like we usually do. But this was a stretch of days when the weather was subarctic, and Garrett would have either frozen like a giant Popsicle or thrown himself into the open fire next to the peanut barrel. Both scenarios were not worth risking so the big kids went on a date to get a tree with dad. He was given a camera and took this lovely picture of my rag muffins. 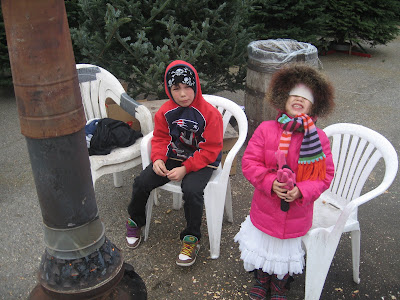 He was a little intimidated at picking out a tree on his own. He'd seen the effort that I'd put forth in the past. But I gave him the measurements of the size of the tree we needed. And I told him that I had complete faith in him. Which of course was a lie. But I was tired and anything was better that the plastic Charlie Brown tree that was missing the lights in the middle. 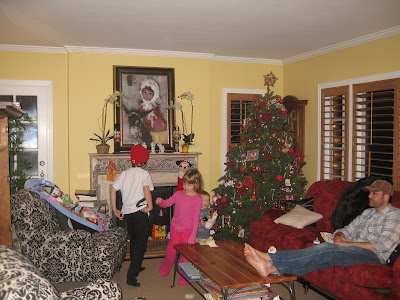 And so the Christmas season had begun! They came home with a fat, jolly tree that we stuffed in to the corner of our family room. Out came the ornament bins, and Dalton and Shelby each snatched their ornament bag that contained the ornaments they'd collected and made "over the years". 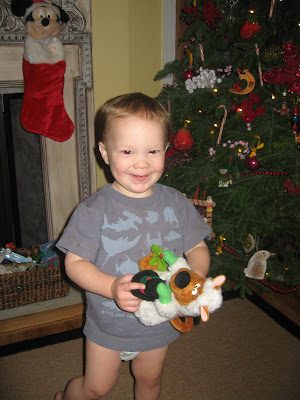 Garrett was more than happy to assist in all the fun. One staple of our Christmas experience are animated stockings and figures that we've somehow collected. The pinnacle of holiday experience is when the kids turn them all on simultaneously. Because why would you only want to hear the giant Scooby headed stocking singing "Reck ra halls rif rells of rolly" when you could have a round of "Santa Claus is coming to town" sung by Mickey Mouse simultaneously? With the Belle stocking dancing and to top it off, another Scooby figure (that Garrett is carrying) singing some other soft and comforting version of some little known carol that you've been dying to hear over and over and over. Yes...that is what I call a little Christmas magic. Now doesn't this tree just look fat and happy? 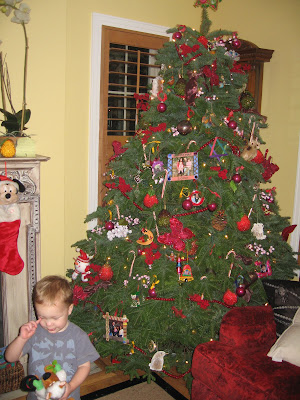 And here is a much happier (can't you tell) version of Dalton with his completely decorated home. The advent calendar wasn't being hung there, but we had to display it for the picture. 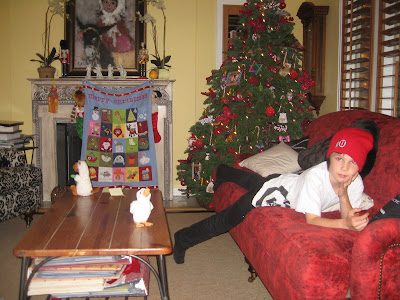 And so the month of hectic wonderment begins. We had a day of making ornaments. 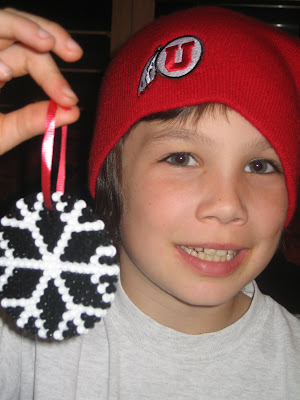 We had another day of decorating gingerbread houses. 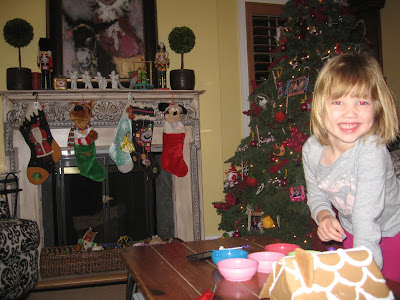 There were many good days ahead to look forward to, with a properly pimped tree.

Email ThisBlogThis!Share to TwitterShare to FacebookShare to Pinterest
Labels: christmas