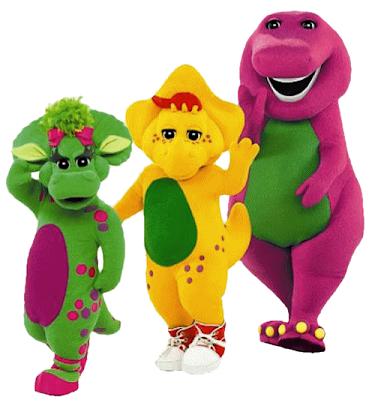 So, we got the Swine Flu in my house. At least, we think that's what's been cooking over here in this petri dish we call a home. We'll never know, because our Doctor thought that "it wasn't worth testing for" and then when I called back, the nurse said that there wasn't even such a thing as a test, and that whatever we have we should just suck it up and get over it all ready. I had called in because I was thinking about getting the kids on Tamaflu. But I come to find out from the nurse, that unless you have AIDS, or some other really serious disease that you can think up on the spot, you are SOL. Sorry, they only have enough Tamaflu for the real sickies. None for the whiners like me who just don't want to sit up through another night of unproductive hacking and coughing from their eight year old. I know, wanting your kid to sleep..crazy.

So then I call the Doctor and leave a message asking him if he can prescribe some Tylenol with Codeine. And I guess that is akin to asking if you can have some crystal meth for your kid, oh and can you come shoot him up for me because I am too wasted to do it myself. Who knew? So, the Doc calls me back and tells me that that's "not really acceptable anymore and that it's OK for him to cough". Thank you Doctor. That's great to know. I am sure that he will find a lot of comfort in that thought tonight as he gasps for breath during one of his coughing fits.

Thankfully, Gavin did find some Tylenol with some added power of some type, that finally knocked him out last night. It was the one bottle that hadn't expired. Hello, I am ready to call DCFS on myself already...oy. So, I pull out all the stops with the nurse about the Tamaflu, and finally convince her that Dalton needs it because he's had a Mastoidectomy. No, not a surgery for a breast infection. But a surgery for an ear infection. And even though this was like seven years ago, I think that I made it sound like he might be having another episode as we speak, because finally she sighed and said "OK, you can have the Tamaflu." And just as Gavin is down at the Walgreen's to pick it up I read an email for my dear friend back in Boston, that makes me rethink this whole flu shot/Tamaflu thing. So, it's there for us at the Walgreen's, but we haven't picked it up.

The funny thing about the Swine Flu is the complete and abject terror that it conjures up amongst the people who have not been infected. I now know what people with the plague felt like back in England. People take three steps back from you the moment the word swine comes out of your mouth. Dalton, on the other hand, is more than happy to shout it from the rooftops. People call, the cable guy comes over, and he's all "Guess what?..I have the SWINE FLU!"..like it is this badge of honor that he has something that sounds so incredibly foul. He may not get to play with his friends for a week, but at least it was a disease with a pig's name that was to blame.

Even though this Swine Flu, in the majority of the cases, is no worse than the regular seasonal flu (about two and a half days for me) people get seriously grossed out by you. Like, the reason that you got it is that you've been french kissing that swine who had the flu. Yes, Swine Flu is socially comparable to having a case of genital herpes that everyone can see. So, we've all been quarantined in the home. The TV has been on more in the last four days, than all the days of the last year combined. Lucky for us, we've seen every episode of DVR'd Dinosaur Train, and Charlie and Lola that we'd saved and never gotten around to watching. The one saving grace is that I have finally trained Garrett to like watching TV...for about five minutes. And oh, those five minutes are precious. Like I can actually pee with the door closed now if I time it just right. Unfortunately the show that really keeps his attention is Barney. And that is only slightly less painful than the Swine Flu.


Actually all kid's TV is idiotic. The only show that I found myself laughing at..and it may just have been from delirium by this point, was the spin off cartoon about the penguins of Madagascar, on Nick. So, you want to know how bad the genital herpes...I mean Swine Flu, really is. Well, speaking for myself...the chills that I had for two days, where I was wrapped up in a humongous furry blanket, with my huge wool sweater on, shaking uncontrollably in my 80 degree home, was not fun. Over the course of two days I think I took four baths, that were about the temperature of the center of the earth. The aches, however, were the worst. I have heard about aches. But these were the mother of all aches. In my back, in my legs, in my head. My whole body felt like it was being yanked by one of those mid-evil torture devices. The only thing that I can compare to the back ache was the labor pains that I had right before I gave birth WITHOUT AN EPIDURAL to Shelby, who was elbowing me in my spine as she came out (yes, the most annoying thing about a woman who has had a natural birth, is that she can AND WILL always be able to play that card). And these lasted for two days. And there was the dry hacking cough, and the sore throat..but those were easy. I still have a bit of the throat thing. But I can walk without shaking from cold or back pain, so this is cake.

We have been taking this Oscillocicocillium. I have no idea how you spell it, but it's like sixty letters long, so if you Google a bunch of those letters together, you should find it. it was recommended to us by Gav's coworkers and my friend back east. I don't know if that's what nipped it in the bud for me, or if it's just my awesome karma that surprises me with it's power. Dalton is recovering slowly. I think it will be a few more days for him. Shelby seems to be recovering quicker than he is. And Garrett is just now sounding like he is getting a cough which is Murphy's Law, because I was just about to type that he'd escaped it. Gav looks like he might be succumbing as well.

Gavin has done anything and everything that has to be done, when it comes to keeping the household functioning...including being up with the kids last night and letting me sleep in. The kids have had a lot of very watered down Gatorade, as sugar is one thing we have been trying to keep to a minimum, to speed up the healing time. Dalton has played two games of Monopoly a day. I have to try to make myself feel better by saying that that is "mathy". Especially since he wipes the floor with Gavin and I every time we play him. He and Shelby played volleyball with a leftover balloon from her birthday party, while I reffed. They've been royally bored...we all have. I can say with all certainty, that without TV, we would have died these last four days. Murdered each other...strangled ourselves...It's a fact.

I am hoping that we can get some sleep tonight and that I will be well enough tomorrow that I can fold the laundry that is covering my chairs in the front room, and maybe get the Halloween decorations up, that we'd started right before the Curse of the Private-Part Herpes descended on us. Fingers crossed.

Here is the article my friend sent me.

Oh man. I am so sorry. I hope you guys kick this out the door sooner rather than later.

Owen loves Dinosaur train. It is well growing on me I guess. The only kids show I really like is Curious George. Barney...I agree. Kill me! I really don't like that show and luckily Owen doesn't either. I haven't given Reid the chance to decide. :)

That really sucks. I'm glad your friend sent you that article. I am definitely more afraid of the vaccine than the actual swine flu. I too would avoid Tamiflu. Well, at least you know your family will be protected from the swine flu the rest of the year, although doesn't sound like it was fun at all. Good luck on recovering.

oh man i am so sorry!! It sounds terrible. We have been feeling sick too and i wonder if it is the herpes, i mean swine flu:) Hope you guys get better soon!!

Ashley,
I hope you guys are feeling better by the time you read this comment. I've seen H1N1 quite a bit at the UofU Student Health Center. I've used Tamiflu once because the young gent was having some breathing trouble and presented within 48 hours of symptom onset. I think the major drawback of Tamiflu is the potential for nausea and vomiting which occurs in 3 to 10% of patients.

As a health care professional, and parent, I just don't get why people are so freaked about the dangers of the H1N1 vaccination.
H1N1 is just another strain of the influenza A virus that they type for every year when prepping the "regular" flu vaccine. Had the strain appeared at a better time H1N1 would have been incorporated into the "regular" flu vaccine and no one would have even noticed.
Am I missing something?