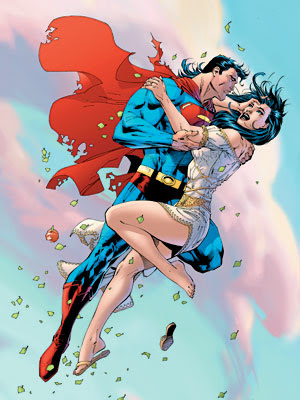 I will have a racy dream about my husband tonight because he did this incredibly sexy thing:


(I am talking on the phone with Gavin, twenty minutes after he has left for the airport)
me: The computer is not working
Gav: Have you tried to reboot it?
me: I can't. I was typing my paper for school and I didn't save it, and I was almost done and I am going to die, etc...
Gav: Have you pressed Enter or clicked the mouse?
me: Yes, I have done everything. The computer is possessed. The screen is in Powersave, but I can hear that the computer is still on, and I need this paper in one hour and I am going to die.
Gav: Have you tried unplugging and replugging in the monitor cord that connects to the computer?
me: No, and there are a million stupid wires coming out of the back and I don't know which one is which.
Gav: Follow it.
me: OK, I did it. It's still not working.
Gav: What is the screen saying?
me: It's saying it can't find a connection to the computer! And I am pushing all these buttons and...
Gav: I hear you pushing all the buttons..you don't have to beat the computer to death. Well isn't this Murphy's Law. The second after I leave, and you don't save your paper. Are you sure you didn't save your paper just once?
me: I am sure. Because I was almost done typing it...and who saves it, when they are almost done typing it, and they are just going to print it out?
Gav: Most people...gosh, it just makes no sense. I have never seen this before. Can you check all the wires in the back, to see if something has come loose?
me: Have I told you what a mess these wires are?? You really need to clean these up, and organize them. I can't even see where any of them go. It's impossible.
Gav: You can do it.
...10 more minutes of me trying to make my computer work, with Gavin proposing new suggestions over the phone, even though he has no idea what I am talking about...and then
Gav: OK, push Ctrl S because if it is still on the computer, it will save it. Now shut the computer off. Then reboot it. Then we will find your file...

(this was what he said after he'd finished pulling on his red tights and lacing up his blue boots. He was out of the phone booth and up, up and away).

...I pushed the buttons, did the other stuff he'd said...and IT WORKED! No rewriting my entire bullshit paper that I'd spent the last hour creating out of thin air. No having to make up near death excuses to my Professor, or cry on cue for an extension to be able to hand it in late. I was in business! Then I hear
Gav: Just make sure that when you save it, you save it to your desk top, so you can at least find the thing...oops, too late. So I had to do a bit more finagling to find where in the dark murky black hole, my paper had disappeared to. But I found it. Then,
Gav: Now save it to your desktop or I will not answer this phone again.
me: OK.
Gav: OK, I have to go. The plane is boarding. I love you.
me: I love you too.

I mean, who knew that that's what the marriage vows should be about? Not about great sex (although that's a perk) but about finding hidden files on the computer, and rescuing your spouse's school papers, and going to the grocery store at 10 PM because we're almost out of milk, and asking Dalton if you can bring him a special lunch to school, and taking the meat out of the freezer in advance, and marinating it, and bbqing it, and making asparagus, and making sure the kids eat it, and encouraging me to take as many classes as I need to in as many subjects as I want to because I "have all the support and time in the world".

Do you know that when you say that, I see the cape and tights?...I really do. I can find fault. But really, this Clark Kent has been Superman more often than nought.

That was a sweet tribute to your husband. That must have been stressful. I would have had no idea what to do! Glad it all worked out.

Isn't it so funny, when we are young we think old people are so "UNROMANTIC" when we had NO idea what wonderful and romantic was.

Gav is great....and I still love his delicate way of getting people out of the house when they've stayed too long....just VACUUM!!!!