You probably don't want to read this

WARNING: THIS POST CONTAINS GRAPHIC WORDS AND DESCRIPTIONS. DO NOT READ IF YOU HAVE A WEAK STOMACH, OR YOU ARE OVER THE AGE OF 60, OR YOU ARE UNCOMFORTABLE TALKING OR HEARING ABOUT GENITALIA. 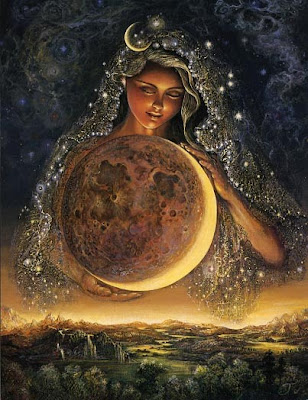 So, today I slept in...yay. Gavin is home from Boston, and he knows the drill. When he has been out of town, he gets up with the kids the next day. Oh blessed 9:00 AM, when I was awakened to the peaceful sound of Garrett's shrieks, which are code for "You are not shoveling food on to my plate fast enough." That, or "I want that whole stinkin bagel, you idiot, not this pathetic little babyish piece you just laid in front of me! What do you think I am?...A baby or something!"


We watched a lot of cartoons. I did dust the blinds and vacuum the front room while the kids did their chores. Dalton did some math sheets after his chores, before he went to play with his friends. School starts in like two days for the kids, and here I am trying to make up for the two months of summer where my kids did NOTHING educational AT ALL, besides adding up how much allowance they are owed, or how many points their Pokemon has to have to defeat the other Pokemon. So, he is doing double digit subtraction. No biggie. And I am stuck. Not stuck because I don't know how to do it. But stuck because he is in this pilot math program at school where he has this new-age (DAHARLING) teacher who is doing all of these forward-thinking math projects and really thinking outside the box. I know...and it's Public School...can you imagine! Well, Dalton has loved her and loved her class. We were thrilled when the Principal told us that she would be transitioning with the class for another year, so that the kids could continue with the same teaching philosophies. Hooray. Where Dalton used to dread math, and all of the rote memorization, now he feels like a genius. She has the kids looking at buildings in the neighborhood, and then making a model of the buildings with blocks that represent different mathematical units. It's all hands on, and interactive, which is exactly the way that my son (and most boys) like to learn. It's very Montessorriish. Which is not MY personality type...but it is my son's. The only problem with this is that her methods are so different that when my son has a math problem, I don't know how to help him. I see the solution as borrowing a "one" from the "tens" column...but that is far to "old school" for this class. No...there is some magic way. I just can't remember it. And now I am totally screwing my son up by trying to teach him the fuddy-duddy way of subtracting. Thank goodness that school is about to start and she can undo all of my mistakes.


So, after math sheets, the kids played with their friends. Shelby's friend got new rollerblades, so of course she really wanted to rollerblade, but that meant that she put Dalton's humongous rollerblades on and I proceeded to hold her while she tried to pick these bricks up and even get them facing the right way. After about twenty minutes of her doing the Chinese splits and almost face planting a hundred times, I told her that rollerblading was done for the day. The thought that I had, as I was trying to steady my little spaghetti noodle, was "It's a good thing that I don't have a special needs child." And I know that it's bad that I even thought that...because watch- now Murphy's Law says they will all have severe peanut allergies tomorrow with a side of some rare-never-heard-of-disease. But the point was- I don't have a lot of patience.


Gavin took a nap while Garrett was napping, and then he took our kids and the neighbor kids and went swimming at the JCC. While Gavin was gone with the kids, I went and got waxed. Now, I know that waxing is not the funnest thing to hear about...but misery loves company. Shelby had asked where I was going. This is how our conversation went:


"I am going to go to a lady who is going to put hot sticky stuff on my armpits and vagina and then rub a cloth on it, and then yank out all of the hair."

"No. Most guys like having hair. But girls don't...except for if they live in a place called Europe. And then they are OK with having hair all over their bodies."

"Are there men in Europe?"

"Does dad have hair on his penis?"

I had taken an 800 mg Ibuprofen an hour before. But I still knew that it wasn't going to be pretty. First of all, I had karma working against me. Last time I'd had an appointment, I forgot. So I now looked like a troll doll head down south, and my arm pits looked only slightly better. I want to hate my waxer. If I had somewhere to channel the pain...to the one administering it...that would help. But I can't. She is a fairy. A darling, little, sparkly fairy. Her name is Michelle. She weighs about ninety pounds when she's wet. She has purple streaks in her hair. She has pictures of goddesses all over her studio. She has a little diamond in the side of her nose. And she always says the nicest things. Like, when I was pregnant, and was the size of a small whale, with giant varicose veins bursting out of the back of my legs, she would always tell me that I was looking great.


Another reason that I knew it wasn't going to be pretty, aside from karma, was that I always chose the whole enchilada. Meaning I was as bald as a baby's behind when I was done. I just figure if you're going to do it, why not go all the way. But...OH MY GOSH. When I tell you that the pain compares to the pain of child birth, you will think "Wow, that's bad." But when I tell you that it compares to the pain of MY child birth...specifically Dalton's birth...where I labored for ten hours with NO medication, and then pushed with no medication, and then tore all the way to my bum with no medication...then you get some sense of the pain. And then you think, "My gosh, you poor thing...did you give birth in a car?...in a third world country?...was this one hundred years ago when there was no such thing as medication??" And that's when I tell you that I was in a hospital in this country in the year of 2001 AD but I refused medication because by-gosh I could do it! I didn't have control in any form in the rest of my life, but I could control the pain. I could will my body to survive the pain. It was like penance for getting pregnant without planning it, and not having any insurance for the birth.

Only bummer with the waxing, is you don't get a baby as a reward. Nope, you get to regrow the hair and come back again in four weeks and do it all over again. Unfortunately for me, my armpit hair was "not quite long enough" so I would have to wait another week before I could wax that. Lucky me, I will be heading to the pool to meet Gavin with a nice smooth bikini line and pits full of hair. I hope I run into a lot of old boyfriends.


So, my cute goddess fairy with pinkish hair hands me a stem of spray roses as a "gift for coming to her" and I depart from the mystical land of pain. As I am pulling out of the parking lot, I am humming along to a tune. I continue driving and I realize, "Oh my gosh...I have been singing along to Kokomo. "What the Hell?!" I hate that when that happens. When the crappy tune is so catchy that you lose yourself and your sanity and you bop along...until you become conscious and realize just how crappy the song is. Darn it.


When I get to the JCC, I see the fam. Garrett is trying to poach food from people's chairs, and the big kids are all downing slushies from the snack bar. I am melancholy at that moment. Bob Marley is playing. Buffalo Solider...oy oy oy...oy oy oy...oy..oy..oy..oy..oy..oy..oy. The summer is almost over. This is the last Saturday of summer. The crowd at the pool has thinned out now that it's dinner time. The heat of the summer day has begun to fade. As I twirl the baby in the pool along to the beat of No Woman No Cry, and watch Gavin launching Shelby in to the air, pretending that she is a dolphin in a Sea World Show, I start to choke up. I tell myself "I must remember this moment. I must remember this. I can not forget this." With the sun on our backs, and the water glistening on the kids cheeks, it feels like I have found nirvana. Dalton and his buddies are going off the diving board. Shelby is now swimming through the "hoops" of Gavin's arms, after which she is rewarded with "fish" from Gavin's hands. I am thoroughly enjoying my JCC Sea World Show...as is the baby.


I see my new friend from the neighborhood. We chat in the water, with the kids leaping and jumping and splashing around us. I say that she is my new friend, because she is. Even though we have known each other for three years, we are new friends because we both have three little kids, and we have been slightly hobbitish- both of us, for a while. We visited, and laughed. And it was great. And I didn't even mind her seeing my hairy armpits. We talked about starting up a new book group...and getting together once a week at a park. And she is from Cambridge, and she's Jewish...and well you know that that's money in the bank with me, because those are just about my two favorite things in the world.


So, the life guards kicked us out as the pool was closing for this last Saturday evening. We drove home. And on the way, I drove by the Social Work building on campus, to show the kids where I would be spending some time beginning next week. I am not sure if they looked up. I looked at the roads, trying to figure out what would be the easiest path with my bike.


We had baths and stories...and parents had a drink...and now we are ready for another day of family and relaxation tomorrow. That's the best thing about Saturdays. It's like the dress rehearsal.

Yes Saturdays are the best. As is waxing... painful but necessary!
Thanks for sharing all the day to day stuff.
Elizabeth