But then what about 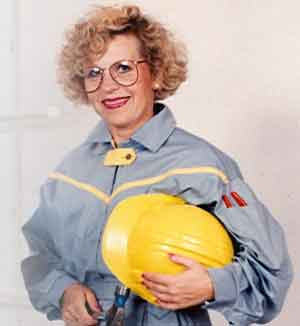 You know how you are supposed to have a plan? Know what in the world you want to do with your life...when you're like five? I have had that plan, and about a hundred others. My problem is not that I don't know what I want...it's that I want it all. And then my tastes change, and new interests surface...and I don't know...I need like ten lifetimes.

When I was eight, I wanted to be a fashion designer. I didn't know it at the time...that they had a title...but it's who I was. I would draw clothes, and women in clothes, and girls in clothes ALL THE TIME. Their hair-do's, and purses, and their "high fashions". Then I would walk to school to show them to my teacher. She would patiently look through my new batch every day and comment about which one was her favorite. I had forgotten about this stage of my life until I ran across an old friend from that period in my childhood. She said, "I remember you were always drawing fashions." It was me. My mother was very fashionable, and much to my chagrin, she dressed me. Only problem is that I wanted to dress like an eighteen year old, at the age of eight, and she was under the assumption that all eight year old girls should dress like Laura Ingles Wilder, from Little House On The Prairie. I wore bows on my head that looked like they could launch off and take flight. I wore bloomers...no really, I did. I wore these frilly concoctions, that were just plain ridiculous. And so I drew...and imagined myself in a body and a wardrobe that could really show everyone who I was.

And then that faded. I'm not sure why. I took Fashion Merchandising in High School...(can you believe that there even is such a thing?...my husband thought I was joking. Sadly, no)...and I did enjoy it. Probably the only subject that really came naturally to me. But by the time I graduated from High School, my heart was no longer in Fashion. Maybe it was that I didn't win "best dressed" my Senior year...although everyone knows that it was a conspiracy...it's just because I wasn't "in" with the yearbook staff. ;)

My passion changed from clothes to homes, when after High School, I began to work with my Dad in Real Estate. Now, I must admit a slight disdain for the business of Realtors. I don't believe that there is a more overpaid and under qualified profession in the world...case and point-me. But aside from the business aspects...I loved homes. I loved selling. I enjoyed meeting people. I loved decorating model homes. It was a profession that I truly enjoyed. Maybe it's because as a child I always felt like a carpetbagger, moving around from one rental to another. So, when my husband and I accepted a job offer in Boston, Real Estate abruptly ended.

And so, was Motherhood the passionate "career" that I embraced for the remainder of my life?...kind of. As fulfilling as it was, I knew that there were other interests that I wanted to explore. I then became extremely interested in Middle Eastern Studies. We were living in an area that was heavily populated with Jews, from all walks of life. Our local paper was always covering the turmoil in Palestine and Israel. The chatter at the local park often turned to international matters and America's positions. I found myself enthralled and also envious. Envious because I was so ignorant of so much of what was going on. Having been raised in a bubble, so to speak, I had never even thought about the world outside of Utah until now. And here I was, living amongst the brightest minds, amidst the greatest universities, just struggling to stay above water in the conversations with neighbors.

I read everything I could get my hands on. My neighbor Jim, gave me his copy of The Boston Globe, every day after he'd finished reading it. And I devoured it from cover to cover. I read Gavin's weekly magazine, The Economist, and at night when he'd get home from work, I would grill him on what half of the words that I'd just read meant. I had no idea what Fatah, or Hezbollah was. I had no idea who Yasser Arafat or Ehud Barak were. I read books, like From Beirut To Jerusalem, by Friedman. And I hoped that one day I could go back to school in these subjects. I had this innate sense of who was right and who was wrong...the evils that needed to be stopped...the ways that I could save the world and right all wrongs...

and then we moved back to Utah. And in Utah I did go back to school in those subjects. At the University of Utah I was a Middle Eastern Studies major. The classes were fascinating... And then I became disillusioned. I saw the world's problems through a new lens. And they now felt overwhelming...insurmountable... The black and white areas all looked grey to me now.

After my third child there was a new window open to me...to go back to school. But what now? I love to write, but it's more cathartic than anything. I am fascinated by human interactions and why we do what we do. But where to go from there?...be in school for the rest of my life earning PHD's in Psychology so that I can psychoanalyze everyone?...So, that's where I am at.

I have a new "end goal" but I am not sure if it will stick. It feels like it will be another lifetime, before I am able to pursue my new goals. Just two or three classes a semester for a graduation date of summer 2012, with a Masters Of Social Work. Gosh, Garrett will be four. Dalton will be twelve. Truly, that feels like an eternity away. But I think I said that when Dalton was born, and then I blinked, and now he's eight. So, maybe it will be OK.

And what will I do with a Masters Of Social Work?...save the world? I certainly hope so. 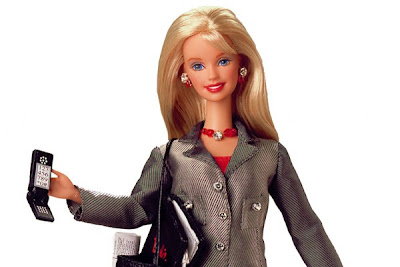 Email ThisBlogThis!Share to TwitterShare to FacebookShare to Pinterest
Labels: Ashley at the U, my-big-ideas

I've loved reading your blog tonight! I think you will do great things with your MSW degree. Keep writing about it all...your life is inspirational. Miss you guys! Jill