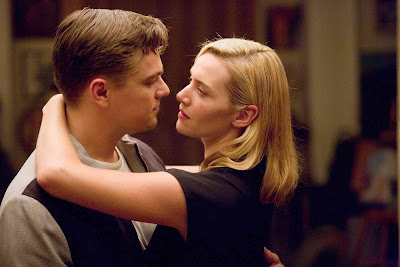 This weekend I've felt a little like the main character in The Bridges of Madison County...minus the steamy affair with a wandering old hippy. Oh, and I had a bubbly thirteen month old at my side...but, you get the point.


They are on their way home now...the rest of the gang. Can't wait to hear all about it. Baby G and I went for another bike ride last night. It is has been a highlight of our time alone together. He doesn't mind being jostled about on our old potholed roads, as long as he has the nipple of his bottle clenched between his teeth. My thighs were aching yesterday...a sign that they have not been used much and could use some good work outs. This time we rode through SugarHouse. There is this really cool craftsman house that is currently being renovated...and in true SugarHouse fashion, they have greened it up. The yard is being prepped for low-water zeroscaping, and the roof is outfitted with solar panels. It is going to be stunning when it is done. We almost stopped in to The King's English to browse, at the end of the ride, but it was already 8:00 p.m. so we headed home. As soon as Garrett was asleep I ordered another movie from OnDemand. Thank goodness for that invention!


This time it was Revolutionary Road...Wow! So, first, I will tell you that when I watch movies I prefer to go in to them knowing next to nothing about the movie. I do not like previews ...I think that they give too much of the plot away. For that reason, I always fast forward them. Gavin, on the other hand, could watch nothing but the trailers. I think that it is the efficient side of him. Why watch a whole movie, when you could watch fifteen trailers in half the time!? The only thing that I had heard about this movie was from my Mom and sister. Both said that they hated it. That was one point in the movie's favor. They said that the dialogue was awful...made them uncomfortable. OK, I was ready to see it. I like dialogue that makes you uncomfortable. Granted, I am squirming all over the place as I am watching it...hitting Gavin on the leg and telling him "I hate this movie," or "I can not watch this" but after the scene ends, I am happy I watched it.


Here's why: I think that if something makes you uncomfortable, there is some element that needs exploring. Something is striking a chord, begging to be examined..otherwise it would cause no reaction in you. Most people don't like to be reminded of this. They prefer movies that are fluff...that let them escape their realities, instead of shining a light on their buried issues. I am not talking murder, or child abuse. Those things make everyone uneasy, and not because they are serial killers at heart, but because they are human.

If something makes me squirm...makes me uncomfortable, I question where the discomfort is coming from. If a character in a movie is bugging me because she seems rude or fake. I can usually turn it around and recognize my annoyance at these characteristics lies within myself. Situations that I don't have issues with cause me no squeamishness. Take for instance the shows Cribs, and My Sweet 16 on MTV. I did watch an entire episode of each of these shows at the beginning, to see what all the fuss was about. I thought that most of the people on the shows were morons, but it didn't cause a big reaction in me. Why? Because those are not issues that are relevant to me. My daughter will be lucky to get a beater VW on her 16th, so I have no worries about having to mortgage the house to buy her a Bentley. And our house is smaller than the people's garages on Crib's so I don't relate to that show either. Do I worry about the people on the shows?...or what it says for our society today?...or where this generation is heading?...Nope. You know why? It doesn't do me a lick of good. It is their business, and they can do what they choose.


But this movie, Revolutionary Road...it made me uncomfortable...and for good reason- it hit close to home. Now, I don't want to give away the plot if you have not seen it, so I am not going to go in to as much detail as I would like about the script. The actors were superb. Leonardo DiCaprio used to drive me nuts. I think it was Titanic that did it to me. He remained this forever-frozen 15 year old in my mind, with syrupy lines and chubby cheeks. But he has since completely transformed my opinion of him. He has done several incredible films where his performances have been inspired. This was one of those performances. And Kate Winslet...hard to believe that this was the same duo who steamed up windows in Titanic. There was none of that corniness in this movie. She was stunning. I think that she may be the best actress of this generation. The supporting roles were equally well played. Especially Kathy Bates as the nosy realtor. This movie is the story of their life, their marriage, and their troubles. It is as ordinary as any tale, and yet it is extraordinary because it doesn't sugar-coat one bit of it. It is set in the 1950's, and so there is the social pressure and norms of that decade that have their effect on the lives of this couple as well.

What can be unsettling is the dialogue between the couple...really the entire relationship can be unsettling...because they vacillate from passionate lovers to bitter, hateful enemies in what seems like mere breaths. We, as an audience, are used to a "happily married" couple, or a "troubled marriage"...it gives us comfort to know how things are going to turn out. But this couple is neither. They are instead just two normal people who run the gamut of emotions and have a myriad of experiences both positive and negative...in other words- real life.


Now, there are some who would say, "Real life!?...not mine! I would never talk that way!...My husband would never treat me like that!...I would never presume to do what she was suggesting!...and to those people I say "Good for you"....or should I say "Sad for you"? Because to me, life is all about ups and downs. Some people would like to suppress the downs...sweep them under the rug and pretend they don't exist...dance around issues, and talk in soft tones, always aware that there is a 100 pound gorilla in the room, but never addressing it- hoping that they can fool those around them as well. To me, I say screw the gorilla. Really. Just get in there and have it out with the big hairy beast. It's gonna get ugly...worse before it gets better, but then you can really live once that thing has been tagged and bagged.

For the people that tip-toe through life, this movie is not for them. Here is how you know if you are one of those people:

If you are one of these timid tip-toers, know that there is hope. I used to be guilty of several of these character traits. But, marriage...and life curred me.

So, while the scenes between the husband and wife were raw and harsh, they were also real. The characters could have been anyone...they have at times been Gavin and I. They were loving and hateful, both friends and enemies, with both good and bad luck, passion and fizzle, excitement and monotony, foolish stupidity, and inspired unity. The duality of each of them...the expectations met and unmet...there were many moments where I could see myself in each of the characters. It was a study of two people, and it was beautiful and heartbreaking to watch. And that is really the story of all humanity, isn't it? On one hand, it is magical what we are capable of. And on the other hand, it brings you to your knees to think of the depths that we can sink to. Seeing all parts of humanity is what awakens us as to what we want our own legacy to be.


Here are the things in the film that were relevant to me in my life:

Hello Ashley,
I too loved this movie for lots of the same reasons.It left me really thinking about marriage and the compromises we all make (IMO)to be part of a family unit.If you watch this movie and do not see aspects of your own relationships... maybe your perfect (lol) or in denial. Leo D is very fine... have you seen The Departed , its violent and has swearing but I loved it. Thanks again for sharing.
Elizabeth

Reading this I laughed. I flashback to the movies I've watched with you...and it is always a fun expereince. Getting jostled, pinched, and punched was never as fun as when we were watching a movie ;)