Shelby, Garrett and I went to Dalton's school right before school was out. Garrett is always a big hit in Dalton's class room. Dalton likes to carry him around like he's a stuffed animal while all the little girls beg to hold him.
Here are Dalton and his buds in front of the computer. 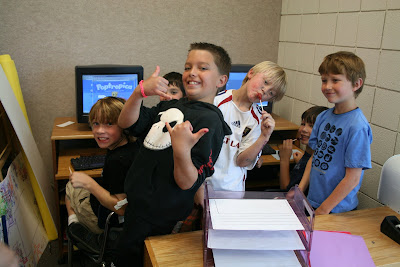 Their teacher gave each student a lollipop. Dalton let Garrett suck on his for a while. After Dalton took it away, Garrett walked around the classroom looking for willing folks who might be interested in sharing their lollipops with him...no such luck! 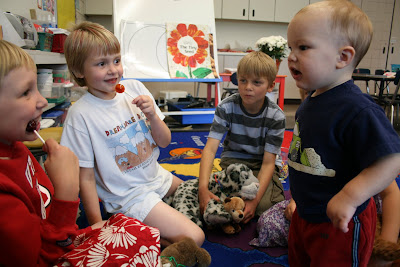 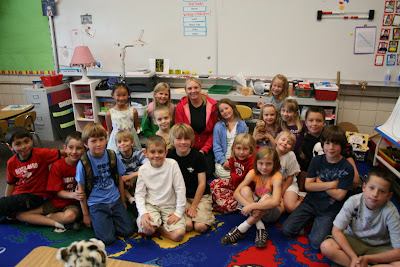 The kids gave Ms. Robins a flower pot they had decorated. And then when school was over they played on the playground. We then got invited to a pool party at Dalton's friend's home. I have no idea why I took this picture. I was blowing up Shelby's other water wing. This is Dalton's best friend- Jack. 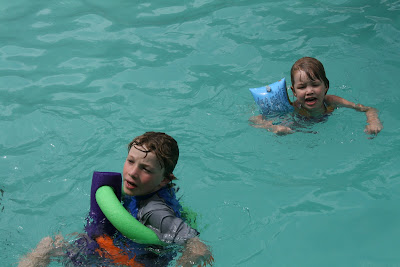 After the pool party, we went to an ice-cream party at Dalton's classmate Sophie's house. Shelby looks a little hammered. Maybe it's the chlorine that we never washed off her...two ice cream cones helped, I am sure! 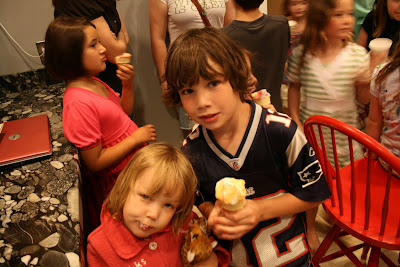 Garrett is on the lookout for HIS ice cream cone. 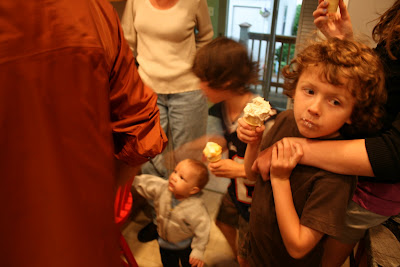 We had to move the party inside because of the rain. Luckily the sun stayed out until the end of the pool party. The forecasts are calling for rain all week...a wet start to summer, but summer all the same! Tomorrow- we sleep in (got that Garrett!?)