Here I am after getting my hair "stylished" by Shelby. The sicknesses are ending. Baby can breathe out of his nose again. Dalton would be all the way better if he were not playing football, doing his ripstick, skateboard, or playing soccer EVERY DAY in the freezing cold. But, he's Dalton, so what are you going to do? I just try to get him to wear a coat...no small task. Shelby is very happy that we put her hair in braided pigtails today. Tomorrow she said that she would like one of the pigtails braided, and one regular. We are not much in to styled hair for four-year-olds in our house (way too much effort with WAY too much resistance) so this was a special occasion.
Garrett ate his faves today: Brown Cow vanilla yogurt, avocados, black beans, some shredded and mushed BBQ pork...oh, and mushed blueberries. 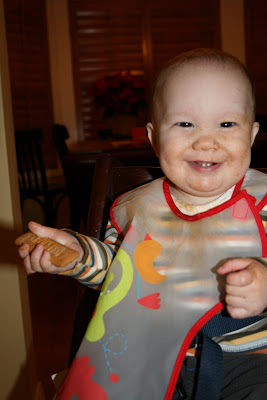 Tonight the fog rolled in... It was like a scene out of Mary Poppins. Truly! I was going to run out to Williams Sanoma tonight, and I couldn't because it was too dangerous. Could not see a foot in front of the car. So, instead I asked Gavin to help me figure out how to scan photos with our new printer...and lets just say it didn't end pretty.


At dinner time we all go around and share our "best and worst" of the day. Shelby said that her best part of the day was 1. Going to school and 2. Playing with our babysitter, Sage. (She gets to pretend to be a cat in Sage's lap, while Sage pets her!) and Dalton said that his favorite part of the day was a tie between having his friend Canyon over for three hours, and the next three hours that he spent across the street at Nathan's house (rough life!) Worst part for him was getting his DS taken away because he lied to Canyon that he had pet mice and rats...yeah, THAT will be a cold day in hell. And now the day's over...TGIF!

oh my goodness your little ones are so cute! p.s. i love your blog, it always makes me laugh:)